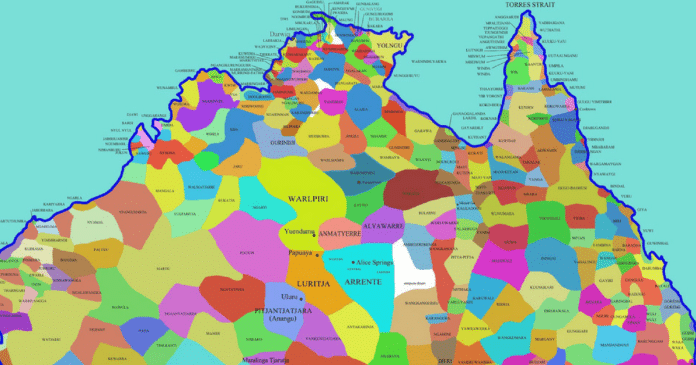 At the time of colonisation in 1788, Australia was home to over 500 Indigenous languages. Since that time, many languages have been lost forever. This 2017 NAIDOC theme was our languages matter and we are compiling a list of the 10 most widely spoken Aboriginal languages.

Sadly there are many Aboriginal languages in Australia that are either extinct/sleeping or have less than a dozen speakers left. Even the top 10 languages listed here are considered endangered by linguists who feel there is still a chance that these languages and up to 50% of the world’s languages could be lost forever within the next 80-90 years. Well, we don’t want that and we hope articles like this might spark more interest for other Aboriginal people whose traditional languages are not in the top 10 Aboriginal languages list to start promoting language in their communities. Even with limited numbers of speakers it is still possible to help revive languages that are currently dying. This can happen through community classes and events etc. Another great way to help promote Indigenous languages is through song and engaging with other cultural activities.

Check out the Top 10 list below and take a look at our playlist of these languages from our Welcome to Country YouTube channel. 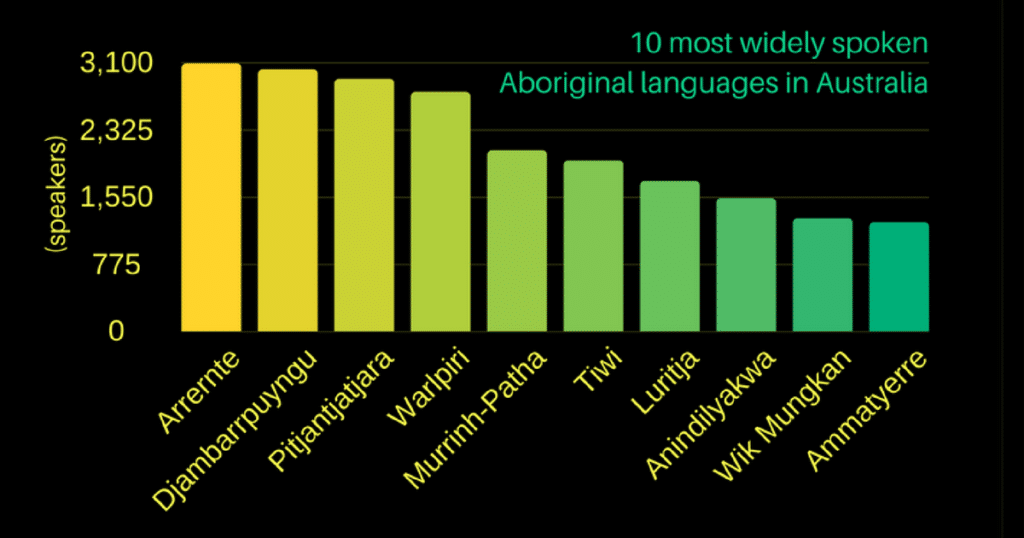 Please note that numbers of speakers are only estimates based on dates between 1996 & 2006. Sadly the Australian Bureau of Statistics have not released the data on the number of speakers counted during the 2016 census. It would have been a great addition to make this information public considering the theme of this years NAIDOC week is about the importance of language. 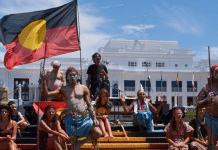