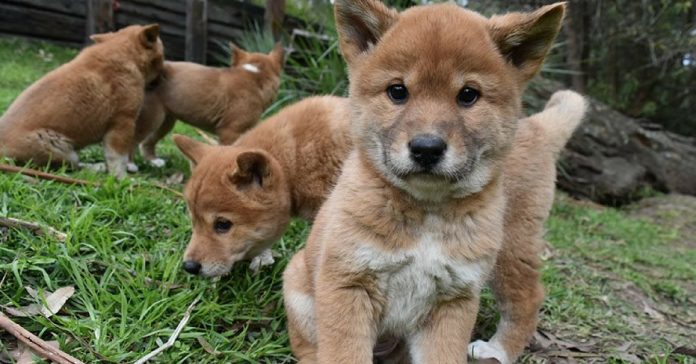 Dingoes are quite possibly one of the most misunderstood animals in Australia. Here are 15 Dingo facts that all Australians need to know.

Ever since colonisation dingoes have faced an ongoing battle for survival. Hated by farmers and feared by tourists, dingoes have had to endure centuries of misunderstanding that now sees them listed as a vulnerable species under threat of extinction. It’s important for all people in Australia to learn and understand how special dingoes really are.

1. Where does the word Dingo originate?

The word Dingo comes from the Dharawal language that is spoken in the coastal Sydney area. It is also believed there are separate names for both male and females. In the case of Dharawal speakers, the male is called a Dingo while the female is called a Tingo. There are many different Aboriginal names traditionally used across Australia with some language groups having separate words for wild dingoes and dingoes that live together with people. Dharawal speakers use the names dingu and warrigal to differentiate between tame and wild dingoes.

2. Where are Dingoes from?

Scientists are not exactly sure but the strongest belief is that Dingoes arrived on the boats of some of the earliest Asian seafaring people. Some of the possibilities include Early Indian Seafarers who share up to 11% DNA with Aboriginal people, the Lapita people who populated large areas of Oceania and were known to have introduced dogs to those regions, while others suggest they were introduced by closer neighbours from Timor or Sulawesi. It turns out that Dingoes are an important piece of a very complicated jigsaw puzzle that helps map together human history. There is also growing evidence that Dingoes were not brought directly to Australia but brought to Papua where they eventually crossed the land bridge that once connected Papua with Australia.

3. When did Dingoes arrive in Australia?

This is another question that scientists have not been able to conclusively answer. However there are some key clues that have helped them estimate that dingoes have been in Australia for anywhere between 3,500 years and 8,000 years. We know there is no evidence that Dingoes ever lived in Tasmania which became isolated by rising sea levels around 10,000 years ago. The oldest Dingo remains that have been discovered were dated at 3,450 years. The land bridge which connected Papua with mainland Australia remained in place until around 6,500 years ago but for many years after this, the passage would have still been quite easy to cross during extreme low tides or perhaps with human assistance.

4. Are Dingoes all the same colour?

The majority of Dingoes in Australia are tan in colour but some Dingoes living in desert regions have more lighter fur and (some) Dingoes living in regions of dense forest are black in colour. No matter the colour, all Dingoes maintain a lightening of the fur around their paws, often described as socks.

One of the most common myths about dingoes is that they don’t bark. The truth is that they do bark but they do so very rarely. A dingoes bark is much quicker than other dogs and is only used around 5% of the time compared to their main form of communication which is howling. Dingoes howl for many reasons such as to find a mate, maintain contact with pack members and when reuniting with pack members.

6. Are there different types of Dingoes?

7. Are Dingoes Wild Dogs or Wolves?

This issue is highly debated by both scientists and the general population here in Australia. Dingoes have previously been listed as a sub species from Wolves (Canis Lupus Dingo), while others insist they are Dogs (Canis Familiaris) or wild undomesticated dogs (Canis Dingo). The truth is they share many similarities between both wolves and dogs. In a recent article, we argued that dingoes show far more similarities with wolves than they do with dogs. Classification as wolves could even give dingoes better protection as they are currently hunted together with wild domestic dogs.

Dingoes prey on a wide range of animals including kangaroos, wallabies, rabbits, cats, rats, possums, wombats, cattle (calves), young buffaloes, sheep, lizards, seeds and even birds including magpie geese. Dingoes living in coastal regions will also feast on marine animals that wash up on shorelines or thrown away by fishermen. Out of all these animals, dingoes prefer kangaroo’s, wallabies and rabbits the most.

It all depends where you live. The easiest place to own a Dingo is in New South Wales where ownership is not regulated. In Victoria, Western Australia and the A.C.T, a permit is required to keep dingoes. In Tasmania, Queensland and South Australia, private ownership of dingoes has been banned. Owning a dingo requires a lot more effort compared to domestic dogs. In Victoria, permit requirements ask owners to install escape proof fences that have a minimum height of 3 metres. Dingoes are known escape artists and can cause cause a lot of damage to property if left alone. However if you are able to give the dingo the time and attention they need, you will find dingoes to be a very loving and loyal companion. Trying to re-home a dingo is not recommended unless the new owner has a long and close relationship with the dingo. Sending dingoes to boarding kennels is also not recommended. The best age to pick up a dingo is from five to sixteen weeks. For more detailed information on dingo ownership, visit the Dingo Foundation website.

10. Are Dingoes endangered or close to becoming extinct?

Yes, the biggest threat to dingoes are introduced dog species. Each year, the number of pure dingoes decreases because of interbreeding. This hybridisation has resulted with dingoes being listed as a vulnerable species on the IUCN Red List. In the wild, dingoes are only protected inside of National Parks. Outside of these areas, dingoes are seen as pests and are often killed by farmers as dingoes do occasionally prey on sheep and calves.

Dingoes are often seen alone or in pairs however they usually belong to an extended pack who they maintain contact with over long distances by using howls and following scent. The pack will sometimes converge by chance or to hunt together in packs. Dingoes are capable of chasing animals such as kangaroos until they become completely exhausted. Another tactic used by dingoes is to chase their prey in the direction of other pack members. This tactic works well with smaller more agile animals like rabbits.

Yes, dingoes are apex predators. They play an important role in limiting non-native species such as cats. Even though they are considered to be apex predators, dingoes can fall victim to snakes, pythons and larger animals such as horses, cattle, buffaloes and crocodiles. Young dingo pups can also be taken by wedge tailed eagles and occasionally by monitor lizards.

The Dingo Fence is known as the worlds longest fence and runs for 5,614km. The Dingo fence runs from Nundroo in South Australia across to Southern Queensland near Dalby. The fence was initially built in the 1880’s to keep out rabbits and it was later converted to a higher and extensive structure and at one stage measured 8,000km. The fence was cut back to its  current length as poisoning was seen as a cheaper alternative to stopping dingoes in areas which were difficult to maintain the fence.

14. Are Dingoes dangerous to humans?

Although dingoes are generally shy towards humans, they are known to pose a threat to young children. This threat exists with wolves of similar size to the dingo such as Indian and Arabian wolves however misunderstanding of dingoes in Australia lead to Lindy Chamberlain being wrongly convicted for the murder of her baby Azariah Chamberlain in 1980. Dingo attacks are very rare and since the famous line, “A dingo ate my baby”, there wasn’t another serious attack until 2001 when 9 year old Clinton Gage was killed by 2 dingoes on Fraser Island. This attack resulted in the culling of more than 30 dingoes on Fraser Island. This misunderstanding of the danger that dingoes pose towards small children may have been due to the presence of the dingo fence which kept dingoes out of the most populated areas in south eastern Australia since the 1880’s. However it must be noted that both deaths occurred in popular tourist destinations and many people have blamed human interference and feeding for altering the normally shy habits of dingoes.

In the wild, dingoes live between 4-8 years however dingoes that are kept in captivity can live for between 13-18 years which is similar to the lifespan of domesticated dogs.

Did you enjoy this article? Welcome to Country is slowly building up a useful range of educational and informative articles. Some of our most recent articles include topics such as Kakadu National Park and the history of the Aboriginal Flag. 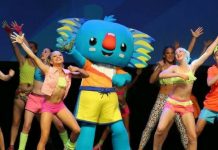