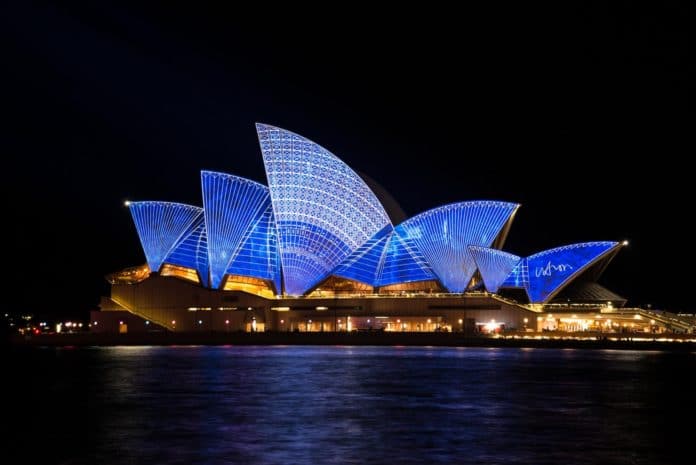 After going through this Aboriginal word list and practicing some of these words, you should be feeling a little bit more comfortable communicating with Aboriginal people in Australia. Let’s start with words that identify different groups of Aboriginal people. Back before colonisation different tribal groups identified themselves by their tribe name and this rings true today however some broader names, or Aboriginal slang, have come into existence and it’s most likely that you’ve heard some of them before.

Koori: Represents Aboriginal people from the South East of the Australian mainland (Let’s say anywhere south of Kempsey down to Melbourne).

Noongar: Noongars (Nungas/Nungahs) are Aboriginal people from the South West of the Australian mainland. Variations of this name are also used in areas of South Australia too.

Yolngu: Yolngu people are one of many Indigenous groups in Northern Australia and we are adding them to this grouping because their name and people are so prominent in Australian television & music. Famous Yolngu names include David Gulpilil, Magnolia Maymuru and the band Yothu Yindi.

Those are the major modern day grouping names for Aboriginal people. You may be wondering about the huge areas of land that the above names did not cover and to put it simply, Aboriginal people in those areas of Central/Northern & Western Australia still identify themselves by their individual tribal groups.

Most common words in use today

Let’s take a look at some of the most commonly used words by Aboriginal people in Australia.

Cooee: Is actually a widely used Aboriginal word that is often unknowingly used by non Indigenous people. But luckily they have been using the word correctly as the word means ‘come here’ in the Dharug language from the South Western areas of Sydney.

Yidaki: Is the Yolngu name for Didgeridoo. Many people believe that the word didgeridoo is actually an Aboriginal word when in fact the word is a made up word that loosely describes the sound that comes out of the oldest wind instrument on the planet.

Yowie: Is one of many words to describe a much feared super-natural being. Other names include hairy man and bungaree. There is even a Yowie statue in Kilcoy in South East Queensland and there are many Australian’s both white & black that swear they still exist deep in Australia’s forest to this very day.

Coolamon: is what we had before tupperware came along. The multi-purpose curved wooden tray can be used for carrying infants, food, digging and for burning leaves during smoking/cleansing ceremonies.

Woomera: Is one of our most fascinating inventions. A woomera is a spear thrower. It lays between the end of a spear and your hand. The woomera acts as a lever that propels the spear at an incredible speed. A woomera and spear are so fast that they were actually the fastest weapon before the existence of the rifle.

Nulla Nulla: Also known as a deadly 7 or a hunting boomerang is a long carved piece of wood that is shaped like the number 7. It is a versatile war club that flies aerodynamically through at high speed usually with the intention of killing it’s target. They can be shaped with flat heads as pictured or with a rounded head.

Canberra: Is the capital of Australia and if you read our recent article of the biggest Aboriginal named cities in Australia you would know that Canberra came in at number 1. We think it would be great if every Australian knew the meaning. Canberra is actually the word for ‘meeting place’ in the local Ngunnawal language.

Marlu: There are many different Aboriginal words for Kangaroo (including the word Kangaroo) but the one that always sticks in my mind is Marlu. Marlu comes from the Warlpiri language group in Central Australia.

Unna: Chances are that if you live in Western Australia you have heard the word unna, Unna? It roughly translates into – am I right/is that right/true or the way some people use the word yeah as a question (that’s your deadly car, yeah?) Now replace the word yeah with unna.

Gammon: Can mean fake (he’s gammon, he thinks he’s good but he’s never played football in his life), pathetic (this didgeridoo from Indonesia is gammon, a garden hose would sound better), or to pretend (Just gammon mum, I wasn’t really trying to sneak out).

Shakealeg: This is a common slang word for Aboriginal dancing. In particular, shakealeg refers to the ability to the traditional movement which sees the dancers knees moving in and out while the feet continue to move forward at the same time.

Gubba: Is one of many words that means white people. Gubba actually comes from the word government and is used mostly in a derogatory manner. Other more traditional words used to describe white people include migaloo & wadjela.

Tidda: Simply means sister and can also be used for female friends.

Well how are you feeling so far? Do you feel deadly knowing all these new words or are you still worried some bunji’s will say you’re gammon? What if an overseas tourist asked you how to say hello using an Aboriginal word; Would you have an answer? Here are 3 different ways to say hello in various Aboriginal languages.

Aboriginal words for hello: One of the most common questions non Indigenous people like to ask is: how to say hello in Aboriginal? Hopefully by now you can see what is wrong with that question given there are hundreds of different Aboriginal languages. Some of the most well known Aboriginal words for hello are: Kaya, which means hello in the Noongar language. Palya is a Pintupi language word used as a greeting much in the same way that two friends would say hello in English while Yaama is a Gamilaraay language word for hello used in Northern NSW.

Mob: Is another English word that has been twisted and turned and taken on its own form among Aboriginal people. Mob can mean my family or my tribal group. One of the first questions Aboriginal people usually ask each other is “Who’s your mob”? From those three words one can usually figure out where they are from, who they are related too etc.

Goona: Poo! (He did the biggest goona you’ve ever seen).

Budoo: Penis! (Lookout doing a shakealeg with a laplap on, ya budoo might come out).

Well that’s all for this article. Let us know what you think in the comments. Can you use some of the words in the comments? If you’re a teacher, be sure to check out our Education Series where you can find all of our educational articles in one place.