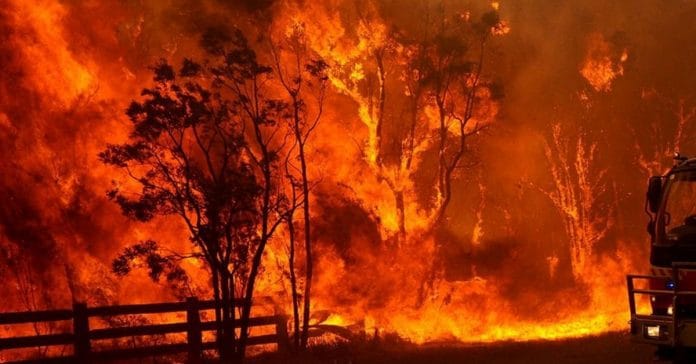 Since colonisation, European settlers have paid little attention to the deep knowledge held by Aboriginal people. This lack of attention continues to cause problems in Australia today.

Another Reconciliation week has come and gone in Australia and once again many Australians had no idea. This isn’t helped by the fact that the government hasn’t taken any steps to create nation wide public holidays for either National Sorry Day or Mabo Day. In response to this, we’ve decided to try and force progress by putting together an introduction article that aims to serve as a “light bulb” moment for non Indigenous people who either haven’t given much thought about Aboriginal people, or have their very own hardened views towards our people.

Our people have a wealth of knowledge but we are still being ignored. Below is a list of examples where Australia is failing to learn or understand.

Australia’s international education rankings have been sliding for over 20 years. Years of political talk and policies have failed to generate any kind of turn around to this trend. Indigenous students face even greater challenges with schools who fail to understand the needs of Indigenous students.

Overseas there has been a greater push towards cross-curricular education and learning that sometimes takes place out of the common classroom environment and involves integrating subjects like maths into more hands on subjects like Physical Education, Cooking etc. But does anyone in Australia realise that Aboriginal people have been educating children in these ways for thousands of years?

It’s no secret that land and water management in Australia has been a total disaster since colonisation. The most obvious failure is Australia’s bushfire management practices. The understanding of control burning exists however with ever changing governments and budget cuts, fire management is often pushed aside which often has deadly consequences. Under traditional management, there is no excuse for these practices to be pushed aside or forgotten about.

Right now some of the largest river systems have almost completely dried up under the demand placed on them by agriculture and mining interests. The Great Barrier Reef is also dying under increased sea temperatures, marine traffic and pollution from the Australian mainland which includes both mining and agricultural pollutants.

In Aboriginal culture, nothing is more sacred than the land we walk on. Every effort is made to protect the land and our waterways. This protection came with the fear that if any damage was done, it would only come back to haunt those who did the damage. Damaging land and waterways is also seen as robbing future generations. Unlike those currently in power, we view these future generations as equals and not as unknowns.

Another strong element of Aboriginal culture are our strict justice systems which uphold order and cultural protocols across Aboriginal nations. These systems formed one of the strong foundations which has ensured the continuous survival of our people. Indigenous justice (Under a European model) is now an issue that politicians in Australia continue to struggle with. Imprisonment rates of Aboriginal and Torres Strait Islander people are some of the highest per capita in the world. Sadly there are no signs of improvement in these rates. Even though re-introduction of traditional processes such as the Koori court have shown success, similar processes have not been widely adopted across Australia.

To say that Australia’s justice system only fails Indigenous people would be highly questionable too. A major positive of Aboriginal law is the way in which the community becomes engaged in the process, with the highest of respect shown to community elders. Many Aboriginal laws can be described as basic moral laws. Breaking these moral laws also brings shame and discredit to ones family and in some cases another family member can be punished together with the person who broke a law. I think many people would agree that these elements would be a welcome inclusion into Australia’s legal systems.

The purpose of calendars and daylight savings time still leaves many of us scratching our heads. We understand how they work but we question if their purpose warrants the amount of influence they have in our lives, especially after we lived for so long without them. Before colonisation we recognised seasons instead of months. We acknowledged/celebrated stages of life instead of yearly birthdays. On the surface we hope readers will be able to understand and start to think about these concepts too.

On a deeper level, the concept of time in Aboriginal culture can become quite complex. There are huge differences between Aboriginal and western beliefs surrounding death. People who have passed are not viewed as powerless and are often respected as if they are still alive with widespread beliefs that those who have passed can return as newborns or that their spirit can be present in the world around us. This belief combines with traditional law as there is an understanding that breaking traditional law can result in punishment from those who have passed or from creator spirits. Punishment could be made towards individuals or to the entire community.

If only we could see this kind of respect shown by the greater population living in Australia today. We definitely wouldn’t see the same kind of disregard towards the environment that exists today. Greed would be overpowered by respect towards creator spirits and morals would come into play when it comes to respect shown to future generations and generations passed who left an environment fit for our present day survival.

Our concept of time is best summarised with the phrase, “we are timeless people in a timeless land”.

There is a widespread myth that Aboriginal people prior to colonisation were unhealthy and often deprived of food. The truth is these myths most likely stem from some of the early images of Aboriginal people which were taken after resources were destroyed or taken away during European colonisation. Dietitians are only recently discovering just how healthy many of our traditional food sources are, which has now created more demand for traditional meats such as kangaroo and powerful superfoods such as the macadamia nut, quandongs and kakadu plums.

Aboriginal health is also a major concern in Australia. Recent efforts to close the life expectancy gap between indigenous and non-Indigenous people in Australia have failed. This is an area where Aboriginal voices have been left out of the conversation too. We would love to see greater education campaigns and awareness towards the impacts caused by fast food and sugar. Efforts to make traditional foods more accessible should also become a priority, especially for Aboriginal people living in metropolitan areas.

After living on this land for thousands of years, Aboriginal people have a deep understanding when it comes to knowing every aspect of the environment around us. Our ancestors created our own natural medicines and still do so today. Just like our languages, this knowledge is at risk of being lost forever. In recent years, the Blushwood berry has shown it has the ability to wipe out cancer in less than a week without any side effects. Our Traditional healers also posses physical techniques and skills not known to modern health professionals.

Aboriginal family groups are large and maintain strong connection. This strong connection continues today. Our obligations to our families sits above everything else that occurs in today’s society. The utmost care and respect is shown to our elders. Distinctions between birth parents, Aunties and Uncles and the difference between siblings and cousins become blurred with all seen as next of kin. This togetherness is one of the reasons why our people never had words for things like depression and suicide as they did not exist prior to colonisation. Suicide and depression may also link back to the pressures created by the stresses of living under western concepts of measured time. Isn’t it worth promoting and encouraging these values which resulted in societies totally free from some of the worst problems we are faced with today?

At the time of colonisation there were over 500 Indigenous languages being spoken across Australia. Sadly many of those languages have been lost and many more are under threat. Every language around the world has its own history and there are many words which cannot be directly translated to English. To let these languages disappear would not only rob descendants of a record of their history but it could also mean that the rest of the world misses out on the chance to learn about important knowledge such as traditions, medicines, past events or even powerful proverbs.

So far we have talked about lessons that could have a positive impact on a global scale. If you’re a politician or community leader reading this, we hope you will realise we have much more to offer than insights on Indigenous issues alone. One area which does need addressing in Australia is not just the richness of our past but also the brutal history that has occurred since colonisation. There are huge inequality gaps in Australia that the government is only trying to fix with a very half-hearted approach.

You will often see non Indigenous people claim that everyone is equal now in Australia (even though the shocking statistics prove otherwise). This level of ignorance exists all across Australian society and is really ##%$%# scary when you think about the consequences. It is unacceptable that many Australians have no or little idea about the massacres, the prison camps, the stolen generations. Our people have only just begun the process of finding our feet after 200+ years of attempted genocide. The least non Indigenous Australians could do is acknowledge and learn about this history. By not doing so only serves to stall the reconciliation process in Australia.

We have been highly critical of the lack of leadership shown by the Australian government when it comes to addressing this by creating space in education curriculums and by observing a national holiday much like ANZAC day for National Sorry Day.

Where to from here?

We hope what you have read here will stay in your mind for years to come. Australia has a long way to go but we remain positive that change can occur much faster than many would believe. Please remember that all of the topics listed above are introductions only. There is so much more that you can learn through your very own research. These topics and many others deserve a lot more time and attention and we hope this will have a greater influence in Australia’s future (by that, we mean re-writing Australia’s foreign constitution). It is also important to remember that while many customs and beliefs may be similar among many Aboriginal nations, beliefs are not always the same. It’s also important to note that there are a lot more than just 9 lessons that can be learned from our people; there are thousands.

Welcome to Country is an independent Indigenous news/media website. We publish breaking news, educational material and uplifting stories such as this one which has an agenda aimed at changing the way people view Indigenous people in Australia.