After many requests we have finally put together the list of the most popular Aboriginal baby boy names.

We have tried our best to match the names below with their correct language groups however for some names, it isn’t clear about which language group they originate from. It is also important to note that some names/words are present in more than one Aboriginal language group and may have different meanings.

12. Minjarra: This name that comes from a tree. Minjarra is the name for a bush plum which grows on Ngarrawanji land in the Kimberley region of Western Australia.

11. Birrani: Birrani is a word that comes from Wiradjuri country and is the traditional word for boy.

10. Monaro: Monaro is a Ngarigo word for Plateau or high plain which has its origins in the mountain regions of South East Australia. There is a small township by this name and the name has reached cult status in Australia with the famous Holden Monaro.

9. Yarran: The name Yarran is a Wiradjuri word for the Acacia tree (Wattle tree). Yarran or Yarrany wood is very strong and is used for making traditional tools.

8. Tjandamurra / Jandamarra: The perfect name for a young warrior. Jandamarra has been gaining popularity in recent years after the release of the documentary film of the Bunuba resistance leader.

7. Waru: Waru is a very common word used in various Aboriginal languages. The most well known meaning comes from the Pintupi/Luritja word for fire. In Kalkadoon country the word Waru is a word used to describe the milky way.

6. Iluka: Iluka is a Bunjalung word that means by the sea. There is a small township called Iluka on Bunjalung country and it is right on the water too.

5. Jiemba: Jiemba is the name for the planet Venus or ‘the laughing star’ and it is a Wiradjuri word.

4. Ngarra: This name is found in different language groups from the east coast of Australia to the west Kimberly coast. In the Dharug language around Sydney, the word Ngarra has a number of meanings. One of the most beautiful meanings is ‘together with you’.

3. Coen/Koen: Coen is a name that is popular with Aboriginal and non-Aboriginal people. The name Coen is a Hebrew word for priest. The Aboriginal meaning for Coen is Thunder and we think that’s way more deadly.

2. Nullah: Nullah is a name made famous by Baz Luhrman’s film Australia, where a young Brandon Walters broke a million hearts around the world as the young Aboriginal boy named Nullah. The word Nullah is a word for war club/hunting stick derived from the Dharug language.

1. Jarrah: Jarrah is a famous type of eucalyptus tree which is well known for it’s deep red colour. The name Jarrah is derived from the Noongar word Djarraly. 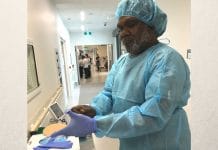 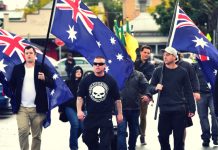