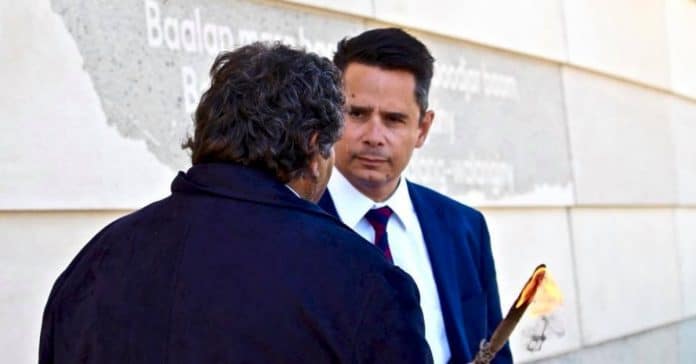 What we are dubbing ‘the sale of the century’, could see a 200,000km landmass larger than the size of Greece sold for just 1.3 billion dollars.

The complicated deal has been in the pipeline for over 8 years and is only one step away from being completed. The deal has been branded as a native title agreement while others are saying the deal is more like a treaty. But there are many Noongar people who are calling this deal a complete sellout and you don’t have to look very hard to see why.

A quick look at the South West Aboriginal Land & Sea Council’s website shows some of the deception being used right away. The website says the deal encompasses 200,000 square kilometers of land and sea in the South West region of Western Australia. It goes on to say the deal will include up to 320,000 hectares of land to be held by the Noongar Boodja trust. Sounds impressive right?

It sounds very impressive until you sit down and do the math.

It is believed that the deal will affect a population of up to 30,000 Noongar people who live across the region. Now if we do the math again: $1,300,000,000 ÷ 30,000 equals just $43,333 dollars per person which is around $18,000 dollars less than the average annual Australian household income. So you can understand why people are skeptical about the deal. People are being urged to accept $43,000 dollars as compensation for land that has been held by their families for thousands of years. Plus there is no guarantee the money will directly reach each individual as the money will need to be filtered down through the newly formed corporations.

What is more infuriating is the reasoning being used to try and urge them to accept the deal. They were told that the original claims were too complicated or unrealistic because traditional ownership has been deemed as extinguished in the eyes of the government in areas where populations were massacred or removed and eventually replaced by what is now a large population of settlers who live in the city of Perth and surrounding regions.

Those who are still standing up and opposing this deal are standing up for what they know is right, which is something that everyone knows is right. Australia wasn’t purchased by British settlers, it was claimed illegally under the notion of Terra Nullius. They have the rights to the land and they have the right to say no.

Another part of the problem is the issue of trust. The Western Australian government is regarded as one of the most oppressive regimes in Australia against Aboriginal people. The state is home to Australia’s highest incarceration rates and often makes national and international headlines with severe cases of human rights abuses. To make matters worse, those standing up against the deal have been silenced by the media, the government and the SWALSC. That is why we feel it was important to write this article. People need to see what the deal really looks like without the deception and media spin.

Update: a grassroots Noongar not for sale campaign has increased their pressure on halting the process and are currently rallying Noongar people around the South West region.