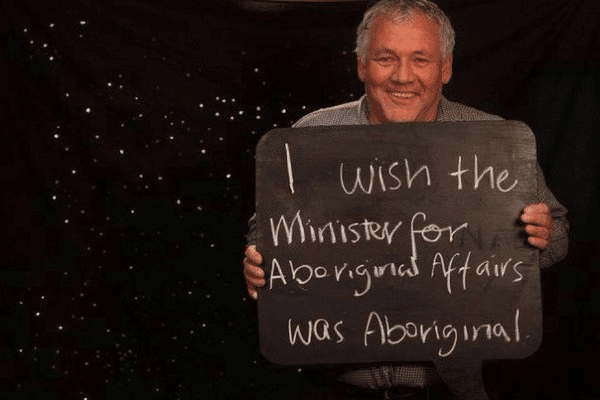 Both Tony Abbott & Nigel Scullion were originally born in England and migrated to Australia but somehow find themselves in charge of Indigenous affairs.

I feel somewhat perplexed that our own Aboriginal affairs are not being lead and governed by an actual Aboriginal!

There’s talk in the media, government and society about having Aboriginal representation that has influence within the government and the ability to affect positive change but to date i have seen very little evidence of this and i don’t hold much hope for the near future.

I feel like the first line of approach should be that it’s a requirement to have an Indigenous leader as the minister for Aboriginal affairs!

It only makes sense to me that someone from our Aboriginal community is more likely to understand the issues and challenges facing the Indigenous population and therefore better represent the goals and aspirations of our people! I’m dead sure that there are many among us that have the aptitude, skills, empathy, compassion and experience to manage the portfolio of minister for Aboriginal affairs and that the reason the role has never been held by an actual Aboriginal person is due to the government’s lack of care, understanding and the governments disrespect for our values and culture.

I personally don’t feel an immigrant with no connection to Aboriginal people is a suitable candidate and it should be reviewed and changed to reflect what should be happening… An Indigenous leader selected by the Indigenous population for Aboriginal affairs!

Why do we allow this injustice to continue in this day and age? It’s like having a shark being minister for seal affairs! Sharks eat seals!

What can we do as a community that wants to get a voice inside government that is actually listened to and isn’t a toothless tiger? How do we get an Aboriginal to be elected Aboriginal affairs minister?

In my mind this is a subject we need to address and demand that a representative from our people to take the responsibility to be our minister for Aboriginal affairs and not some immigrant from England who’s only good at playing politics and has shown a track record of poor performance and neglect towards what Aboriginal people need!

A genuine, homegrown, proud and respected Indigenous leader as minister for Aboriginal affairs can and should only be occupied by an Indigenous person!

If the government was serious about helping us close the gap, reduce social and cultural barriers and improve the overall lifestyles of the Indigenous population surely the government could develop a legitimate path for an Indigenous leader to take the role as minister for Aboriginal affairs.

Pauline Hanson’s in parliament and Clive Palmer bought himself a position so it’s obvious that you can buy your way in or manipulate the ignorant to enter government so surely we can assist the government legitimately elect a leader that truly does have influence and power within the government that is an Aboriginal for Aboriginal affairs.

This article is a passionate opinion piece by David Barker. If you’re interested in having your very own article published, please get in touch with us via email or via our Welcome to Country Facebook page. 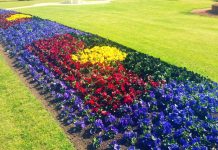