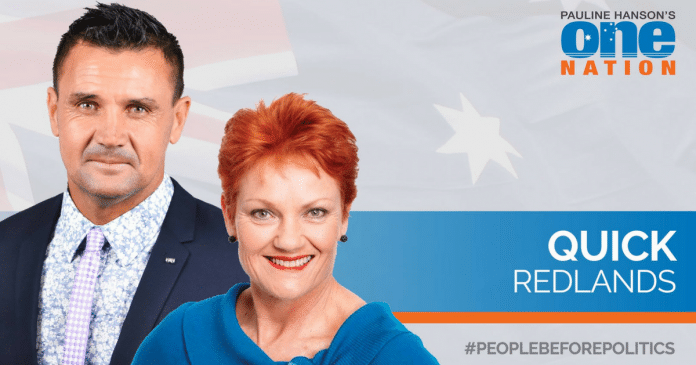 Pauline Hanson can now boast of having an Indigenous representative within her One Nation party ranks.

Jason Quick, a Kabi Kabi man, represented One Nation’s Queensland seat of Redland’s which is East of Brisbane. If you’re finding this hard to believe, you should know we are too. But as unbelievable as it sounds, it really happened.

What makes the story more interesting is that Jason has opposing views to Pauline Hanson when it comes to Indigenous issues, most notably, the cashless welfare card that has been targeted towards Indigenous communities. Jason also supports a Treaty between Indigenous and Non Indigenous Australia which once again is at odds with the views of the “One Nation” leader. The One Nation party does not even support amendments to the constitution to include Indigenous people.

Update: Jason lost in the 2017 Queensland election against Peter Dowling, the former Redland’s MP who ran as an Independent after being stood down by the Liberal/National Party for immoral behavior (sending d%k pics) in 2015.

Jason has since had a large falling out with the party and has been calling them out regularly over the last few months via Social Media.

Welcome to Country is an independent Aboriginal news/media website. This is a platform for Indigenous voices to be heard. To have your own article published, contact us via our Facebook page or our contact page.