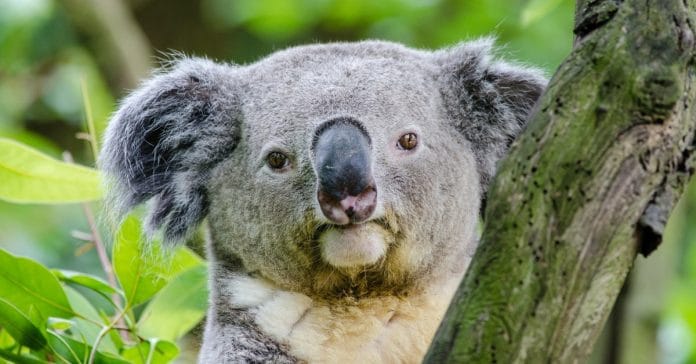 English might be one of the most widely spoken languages on the planet, but even English doesn’t have a word for everything.

English begs/borrows/steals words from other languages all over the world. Here are 12 of the most common Aboriginal words used in Australia today. These are words that went so mainstream, you might have forgotten they are Aboriginal.

Canberra – came out on top of our Top 10 list of the largest Australian cities with an Aboriginal name. The word is a Ngunnawal word that means meeting place.

Koala – One of the most famous animals in the world, loved for it’s cuteness, but how many people realise that the word Koala is an Aboriginal word? The miss-pronounced word actually comes from the Dharug word, gula/coola/koolah which means no water or no drink.

Billabong – This word comes from the Wiradjuri language and translates to dead river, with Bila meaning river and Bong/Bung meaning dead. The word has been used extensively throughout Australia’s colonial period and oddly extends today with Billabong surfwear who feel dead river is a perfect term for their company branding.

Taipan – Here’s one that might even surprise some of our own mob. Taipan may sound Asian but it comes from the Wik Mungkan language in Cape York. Wik Mungan is one of the 10 most widely spoken Aboriginal languages used today. Taipans are one of the world’s most venomous snakes.

Waratah – The symbol of New South Wales and the name of NSW’s Rugby Union side, the waratah has a become a well used Aboriginal word. The word comes from the Eora people and is said to mean “seen from afar” or “red flowering tree”. The flower features prominently in dreamtime stories that relate to protection and love.

Boomerang – As we mentioned before, English doesn’t have a word for everything and when it came to naming a piece of wood that can be thrown away and comes back on its own, the English had nothing. The word Boomerang comes from the Turuwal people from the Sydney region.

Kangaroo – Is one of the more obvious Aboriginal words in this list however did you know it is one of the first Aboriginal words to be learned by the British. After Captain Cook’s ship crashed into a reef in far north Queensland, they spent seven weeks in the area around what is now the Endeavour river. During this time Joseph Banks recorded the word Gangurru being used by the Guugu Yimithirr people.

Barramundi – The words Barra mundi or Burra mundi are thought to mean large scale fish and the word possibly originates from the Darumbal language in what is now known as Central Queensland.

Wallaby – Comes from the Dharug language around Sydney. Wallabies is also the name of Australia’s national rugby union team. Wallabies are very hardy and adaptable animals that can live in both hot and cold environments.

Torana – 3 of Australia’s most iconic sports cars have Aboriginal names. The first was the Holden Monaro (Monaro meaning high plains) which was released in 1967. Since then, Holden went on to release the Torana (Pictured at the top of this article) which means “to fly”. Two other models which have Aboriginal names include the popular Holden Maloo (Maloo meaning storm or thunder) and the Holden Camira (Camira meaning wind).

Kookaburra – Another iconic Australian animal. The word Kookaburra comes from the Wiradjuri word “guuguubarra”. The word resembles the famous laughing call of the Koookaburra. Did you know that the diet of the Kookaburra is almost entirely carnivorous?

Budgerigar – The humble budgerigar is said to be the third most common pet in the world after dogs and cats. The name is of Aboriginal origin and has also made its way into Australian colloquialism with the term budgie and budgie smugglers being used to describe the bird as well as mens swimwear also known as speedos. It is thought that the name is a Kamilaroi word that means either good eating or even small head, however there is much debate about the meaning with some suggesting the name may just be a way of describing the sound the birds make.

One thing to remember with Aboriginal words is that one word only represents one language. For instance Kangaroo is not a universal word used by all Aboriginal language groups. Can you think of any other Aboriginal words that people might not realise are Aboriginal? Let us know in the comments below. Don’t forget to check out our other post on Aboriginal words: 26 Aboriginal words and phrases that all Australian’s should know.