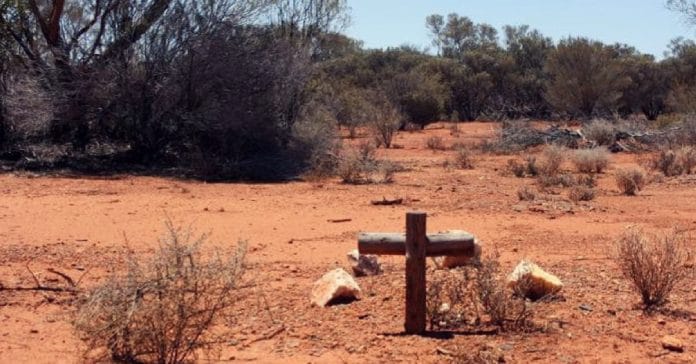 Recent studies have revealed that Australia is home to the world’s highest levels of the deadly HTLV-1 virus.

You may have seen recent news reports about an ancient virus that has been found at alarming rates within central Australian communities. Dig a little deeper and you will start to see a much more grim picture. The HTLV-1 virus is quite similar to HIV in the way that it is transmitted and the way that it targets the body.

The virus is present around the world and is most prevalent within Indigenous populations in Africa, Japan, The Caribbean and in Melanesia. A recent study revealed that the virus is present in up to 50% of the population in Alice Springs and surrounding communities which are the highest infection rates in the world. In Japan, they have spent the last 20 years researching and fighting the virus which has resulted in an 80% drop of infection rates. But in Australia nothing has been done about HTLV-1 even though the presence of the virus in central Australia has been known since 1988.

Even now, those calling for pressure to help turn around the alarming infection rates in Central Australia are experts from overseas. Why hasn’t the alarm been raised from within Australia. Many of the recent news articles about HTLV-1 hinted towards Australia’s lack of respect and disregard towards Indigenous people in Australia. Well we’re not going to play around and drop hints in this article, the lack of action in regards to the HTLV-1 virus clearly exposes a hidden agenda held by the Australian government against Aboriginal people.

For the last ten years, the government has been very vocal about closing the gap. They certainly spent a lot of money promoting their close the gap campaign but it appears it was just another way to funnel away government money under the term of “Aboriginal funding”. The closing the gap campaign failed to meet a number of key health targets and some researchers have suggested that the life expectancy gap between Indigenous and non Indigenous people in Australia has even increased. Once again, million of dollars went into this campaign, how come no one thought about addressing one of the most potent carcinogenic viruses on the planet?

Here’s what we know about HTLV-1

The virus can be transferred from unprotected sex and from mothers who breastfeed babies beyond 6 months of age. Scientists say that it does not spread as easily as HIV, however it is just as deadly to those who become infected. The virus can cause Leukemia, spinal problems, paralysis and lung disease. HTLV-1 is believed to be a trigger for many more health problems too. The virus can lay dormant for many years without causing harm but it can also strike quickly and lead to death in just a few months. There is still a lot that is not known about the virus as it has been neglected across the world except for Japan.

Testing of individuals for the virus currently takes 6 months to complete in Australia as there is only 1 testing facility in Melbourne. The test is not on the Medical Benefit Scheme and the latest testing has only occurred because of a research grant. Researchers would like to test more regions in Australia as they fear the virus may already be more widespread than just Central Australia as there are already confirmed cases in Adelaide and Perth. Researches have been invited by concerned Aboriginal communities in W.A but this can’t happen without funding.

For the last 30 years there has been no direct public response to HTLV-1. Many Aboriginal communities have never been tested for the virus. Researchers are calling for a dedicated HTLV-1 clinic situated in Alice Springs to help fight against it. Even in England where the virus only affects a small number of people, they still have a dedicated HTLV-1 clinical service. In some positive news, $6.1 million was allocated to the Central Australia Academic Health Science Centre with HTLV-1 listed as the first priority of health concerns. But is this money going to help start real action to fight against the virus?

We feel just as strongly as the overseas experts feel about HTLV-1. They have called on the World Health Organisation to put pressure and support the Australian government to start the fight against the virus. Why aren’t Australia’s leaders giving any responses to these latest concerns? Until we see real action, we can only assume that hidden agendas still remain in Australia. We simply cannot trust the government to do as they please. Everyone with any sense of decency needs to do what they can to hold the government to account for their lack of action towards HTLV-1.

Welcome to Country is an independent Indigenous news/media website. Our stories are written in a down-to-earth format that aim to highlight issues that are often overlooked or missed by the mainstream media.