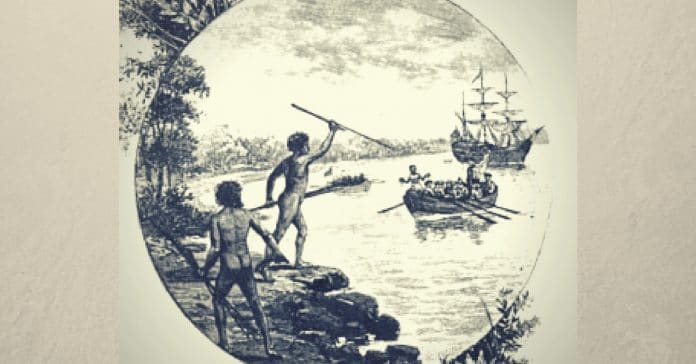 An online citizenship test has sparked outrage after a question suggested Aboriginal people came to Australia by boat.

While some leading theories do suggest waves of migration by boat between 5 and 80,000 years ago, there are still no definitive answers as to if this is true or not. The question raised by a free online citizenship support website asked which country did Aboriginal people come to Australia by boat from? We find this is a strange question to be asking when there is no definitive answer. According to the website the correct answer is Indonesia.

Since the question has been asked, we would like to remind readers that many Aboriginal people do not agree with these theories. Many of us believe that our people originated from this land which is after all, one of, if not the oldest continents on Earth. Others believe we came here when lands were still connected.

While the Out of Africa theory does have a lot of supporting evidence in other areas of the world, scientists still to this day cannot agree with the many differing explanations to the presence of modern man in what is now known as Australia.

Since word of the citizenship test spread around social media this week, many questioned the intent behind such a question. The website itself is not affiliated with the government and it is not clear who has made the questions. Some people have suggested that whoever wrote the question ultimately wants to diminish the unique history that Aboriginal people have in this land. It feels like an attempt to make us appear to be just like any other group of people who now call Australia home.

Another question on the same test even asked why Australia Day is celebrated on January 26 and the correct response given by the website was “to honour history and to honour all people who made the nation great. Once again, is this a question that would be asked on and Australian citizenship test? Why are new potential immigrants being groomed into thinking this way in regards to Aboriginal history?