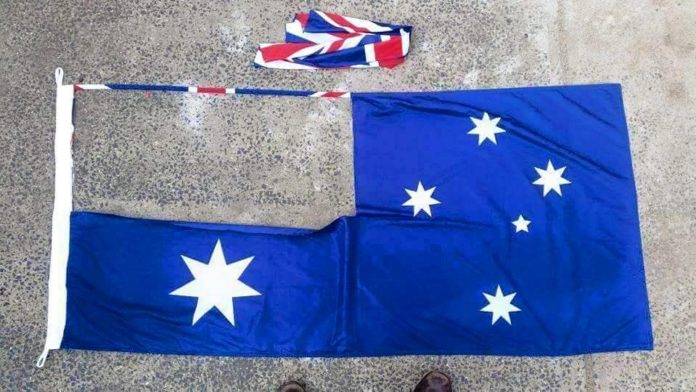 There is so much talk about Treaty, Recognition and Independence but there is little information about how each one could impact our lives. This article aims to explore some real-life examples.

When it comes to asserting our sovereignty there are a number of different paths we could follow. The government wants us to follow the constitutional recognition path. This has been described as being largely symbolic with little to no changes to Indigenous lives. The government already spent millions of dollars funding the Recognise campaign which finally resulted in renewed calls for a treaty. A few weeks later and the Recognise campaign was abandoned by the government.

So how about a treaty? What changes could we expect to see if we did enter into a treaty agreement with the government? One important fact that needs to be mentioned first is that by signing a treaty, it gives equal sovereign status to both sides. At present only we hold true sovereign status while the government merely pretends.

As you most likely know, other countries have treaty agreements between colonial governments and Indigenous nations. New Zealand’s Waitangi treaty is one you may have heard of, but this treaty was never ratified or enacted as statute law in New Zealand. Let’s talk about treaty agreements that have been ratified and enacted into law. For that we need to look to the United States.

Over 370 treaties and similar agreements were signed in the U.S. This means the government also holds a claim to sovereignty. The current arrangements are what we need to be looking at as there are some clear positives that would help improve statistics around child removal and incarceration rates here in Australia.

Tribal laws: On designated Indian reservations, Indigenous people have the right to uphold their tribal laws. This includes tribal courts and subsequent punishments. United States laws still apply to people living in reservations. An example of a tribal law could be trespassing onto a sacred site or men entering a women’s area.

Child protection: This is a huge issue in Australia with more Aboriginal children being taken away from Indigenous families right now than ever before. Indigenous people in America were facing this same problem too. In previous years, state governments in America were removing Indigenous children to be raised by non-Indigenous families at alarming rates. This was recognized by the federal government as being detrimental to Indigenous people and to the long term survival of Indigenous culture. This was also a breach of human rights under the United Nations Declaration on the Rights of Indigenous people. In response to this, Congress implemented the Indian child welfare act (ICWA) which makes it much harder for Indigenous children to be separated from their people and culture. Child protection issues can also be settled by Tribal Courts. These rights are miles ahead of the current situation in Australia where child protection bodies only have recommendations that are often ignored.

Tax: Indigenous people living on reservations do not need to pay state or federal taxes however Indigenous nations can have their own tax systems and rates.

Those are the main benefits we could see in Australia if we entered into similar treaty agreements. We would see increased protection to our children. We would have the power to settle crimes within our own tribal courts and we would be free from Federal taxes.

Does this sound good to you? I’m not writing here to advocate for the U.S system. That is something that has to be decided by all of us. The current way of life for Indigenous Nations in America is far from perfect. Under the existing arrangements, they have some serious limitations that are having real impacts on communities.

If this was to happen in Australia, we would have to move to designated areas in order to live under tribal courts and be protected by child welfare protections. In the U.S, economic growth is also suppressed under these reservation areas. Businesses mainly serve the local Indigenous population and some Nations have resorted to creating casinos to bring in extra income from the wider community which can create other issues. Is that what we want?

So as you can see, treaties have serious limitations when it comes to creating true independence. Our sovereignty would be confined to specific areas and that’s not all. The American government also has a few more restrictions that severely limit how Independent each nation can become. Indigenous nations are not allowed to create their own currencies. They are also not allowed to engage in foreign relations; which means no trade agreements with other countries. This results with Indigenous Nations still being reliant on the colonial government for investment and growth. It seems the government only wants these communities to exist as cultural museums and remain unchanged as the rest of the world moves into the future. These nations still live under the threat of environmental destruction from the U.S government who hold very little regard for protection compared to Indigenous people.

At the start of this article, I mentioned that we have a number of options. So far, we have only mentioned 2 options, Constitutional recognition & Treaty. Another option is Independence.

Independence involves asserting our rights as sovereign people without any reliance on the government. If we did this as a collective of 600,000 people strong, we would need to have our case settled by international courts. This is a hard-line approach that could demand the government to pack up and leave, or perhaps we could allow a treaty where we are the lead negotiators and designate reservation areas (cities) where ‘Aussie’ (western) life could continue as usual. We would then also be free to create trade agreements with foreign investors and other nations. These are massive changes, but in terms of our cultural survival and protection of our land, they are essential!

Did you know that Indigenous groups in North Queensland are already entering into trade agreements with foreign investors? This kind of news appears to be banned from mainstream media in Australia. These are very interesting times we are in right now. What these groups are doing would be illegal if we were living under a U.S style treaty agreement with the government. One of the economic deals that has already been signed is worth over 600 million dollars (tax free) that goes straight into the Indigenous community.

Another exciting development is that on November 4, hundreds of Indigenous people will be converging on Canberra to discuss making treaties among our own nations. These are nation to nation talks about creating treaties with one another. This meeting is not about creating a treaty with the government. It is more about unification, as the old saying goes, “United we stand, divided we fall”. Through unification we become stronger when it comes to future negotiations with the government or International courts(whatever they may be).

To read more about life under treaties in the U.S, check out the Bureau of Indian Affairs website.

*Note – We acknowledge that the term ‘Indian’ is viewed poorly by many Indigenous people in America. We have only used this word to describe terms that are still being used officially by the U.S government.