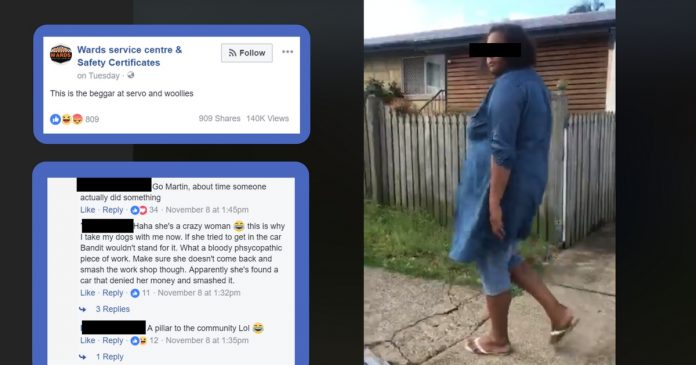 A Brisbane automotive business has taken to social media to publicly shame an Indigenous woman.

The video was posted on Facebook last Wednesday and drew a lot of attention from residents of Bracken Ridge and Zillmere who were largely in support of the business owner. The video has been viewed over 140,000 times, shared over 900 times and received over 1,500 comments. It was posted on the Facebook page of Wards service centre & Safety Certificates.

In the video, the man followed the woman for around 100m and continued to ask her why she was asking people for money. The majority of comments on the video were in support of the business owner. Thankfully there were also a few voices of reason by people who said the video was an inappropriate way of dealing with someone who could possibly be suffering from mental health issues. 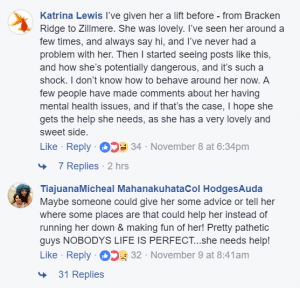 The owner tried to defend his actions. The mechanic even tried to explain how the woman couldn’t possibly be mentally ill as “she knows what she’s doing”. The owner also called on residents to call the police, but in another comment said he isn’t the type of person to call the police. He also denied allegations of being racist by saying that he once worked with Aboriginal people and that he was their favourite migaloo.

Although this was an extreme case, similar types of shaming behaviour is common throughout Australia. Some times it is obvious and deliberate while other times it may be more subtle. When following us around a store for example, you may feel like it goes unnoticed but these actions have real effects on us. The effects of this behaviour can leave our people feeling marginalised, hated and unwanted within communities. Why do people put a lot of energy into meaningless action and complain while not putting any energy into questioning and understanding? Have you forgotten who’s land you are walking on? We’re not going to pack up and leave.

We hope the residents of this area won’t jump into our comments and continue to shame the woman. We are calling for you to stop and call on your community to find a positive solution. This wont happen through shaming, this will only happen through meaningful conversation, understanding and respect.