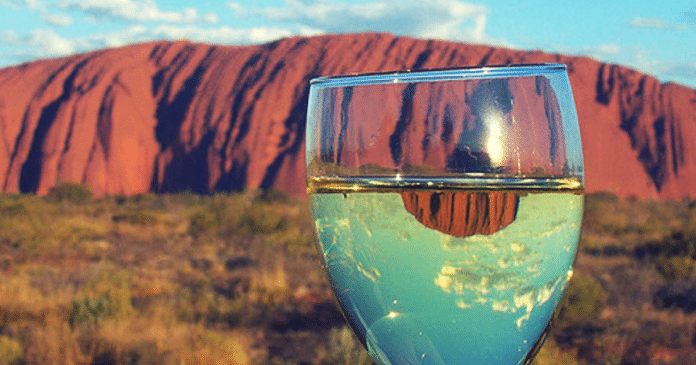 For decades the traditional owners have been campaigning for the closure of the Uluru climb. Climbing Uluru goes against Anangu law.

The safety chain together with the crude steel poles rammed into Australia’s so called heart, is a visual stain on this world famous landmark. The climb is also a sign of Australia’s inability to respect and understand Indigenous values. Uluru has long been one of Australia’s biggest draw-cards. Every year around 270,000 people visit the largest sandstone monolith or inselberg in the world.

Uluru has also served as a measuring stick of Australia’s relationship between Indigenous and non-Indigenous Australia. Uluru was previously known as Ayers Rock for many years after the European saw the landmark for the first time in 1873. It took more than 100 years before the name was finally changed to Uluru out of respect to the wishes of the local Anangu people in 1993.

In 2015, a protester cut the climbing chain which caused the climb to be closed for an extended period. During this time, debate raged once again and Anungu Elders took the opportunity to once again push for the permanent closure of the climb. But it seems that Australia was still not ready to respect the wishes of Aboriginal people in in one of our most sacred places.

If you enjoyed this article, make sure you share it so more people can help push for change in Australia. You might also be interested to read our recent article titled: 7 ways Aboriginals are still being robbed in Australia today.