For much of my life I lived within a European/ Colonial framework that differs greatly from Indigenous worldviews and knowledge of interconnectedness.

It is a worldview where ‘Man’ is top of the pile and has a ‘God-given’ and ‘scientifically proven’ superiority and right to dominion over nature and other people. This worldview is what informs the assimilation policies and practices of successive colonial and post-colonial governments and the attitudes of many Australians not identifying as Indigenous peoples. They are opposites in terms of how knowledge is understood. The question in my mind is how do we come together with respect for each other’s knowledge?

Indigenous world-views and philosophy (Law) are based on egalitarian relationships between all systems in the cosmos, and Law informs us of how we are to relate to country and each other in harmonious and life-giving ways (Grieves, 2008, p.372). ‘The Land is the Law’ and parts of Law exist within each of us, fitting together to form the whole which in turn gives us a deep sense that each have a place and that ‘we are not alone in the world’ (Graham, 2008, p. 180).

Ancestors are both of human and non-human origin, including so-called ‘inanimate’ things such as rocks and stars (Kwaymallina, 2005, p.13)(Bradley, 2010, p70, 79, pp. 132-134) and all have intrinsic value. Physical traces left by the Creator Beings determine the identity of the people, each of us holds part of the essence of Creator Beings and has a ‘charter of custodianship’ (Graham, 2008, p.182) or responsibility for parts of country and song-lines connected with Ancestral spirits (Grieves, 2008, p.370). There exists a long-term view and strategy stemming from this custodial ethic, acknowledging that everything has its own law and needs to follow their own laws for life to continue (Rose, 1992, p. 225).

The Law applies to all of us who live on country, whether we believe in it or not: ‘Our law is not like whitefella’s law. We do not carry it around in a book. It is in the sea. That sea, it knows. Rainbow knows as well. He is still there. His spirit is still watching today for law breakers. That is why we have to look after that sea and make sure we do the right thing. We now have to make sure whitefellas do the right thing as well. If they disobey that law they get into trouble alright.’ (Kenneth Jacob, Wellesley Islands, 1997, quoted in Grieves, 2008, p.371)

Our treatment of each ‘other’, both human and ‘non-human’ determines our human-ness (Graham, 2008, pp.181-182). We find our individuality and place within a group, not as a ‘discrete entity’. Our first loyalty is to our group and kinship relations (ibid. p.182) and all our actions and relationships flow from this placement within the pattern that is the whole of creation (Kwaymullina, 2005, p.13).

Western knowledge systems and the systems of governance arising from them are inherently humanistic and racist, coming as they do from a world-view that places (white male) humans as separate and above the rest of the cosmos, a separation that allows for destruction ‘for the good of humankind’, without thought of all other life that exists (Kwaymullina, 2005, p 12.). The result of this underpinning world-view of superiority is that western knowledge systems continue to view Indigenous communities and knowledge as inferior, highly problematic and requiring intervention and ‘solutions’ that are extremely violent, destructive and disempowering, to maintain the agenda of progress and the assimilation of Indigenous peoples into modern civilization (Sheehan, 2012, p 81).

What is the truth?

What lies between the lines purporting to be truth? 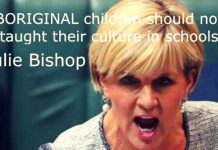 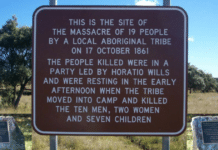