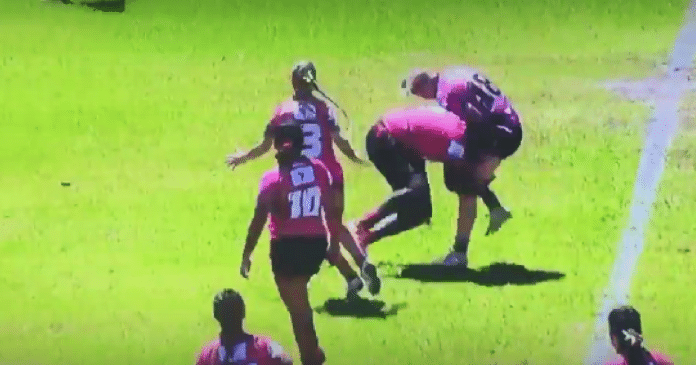 It might not be the best footage, but the vision is striking fear into the hearts of seasoned women’s rugby players around the world.

Shameka Petterson is still a teenager and the footage below is from this years U16’s rugby league grand final in Darwin, Australia. She is a young Aboriginal & Torres Strait Islander woman with a bright future ahead of her. She is of Gurindji & Bardi (Mabuiag Island) descent and plays for the South Darwin Rugby League Club. It is still early days yet but she is showing all the right signs that she has what it takes to play the game on the national and potentially the international stage.

Shameka has earned a reputation for making some of the most solid tackles you will see on a rugby field. Her hits are so hard that even her family have given her the nick name, Shameka ‘Mack Truck’ Petterson. In the video, the opposing player didn’t feel too happy about the tackle but after the heat of the moment both players finished the grand final match without any further issues.

It was this kind of attitude that saw her receive her club’s best and fairest award after the match. Shameka was also nominated for the Frank Johnson award for Junior Girls in Darwin. 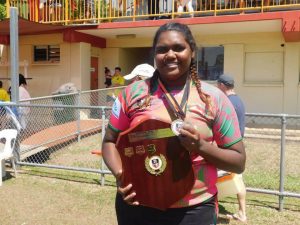 And here is a shot that will send shivers down your spine. This shot was taken when she was only 15, which was her first year playing Rugby.

Let us know what you think in the comments. Have you seen any other women’s player who tackle this hard? 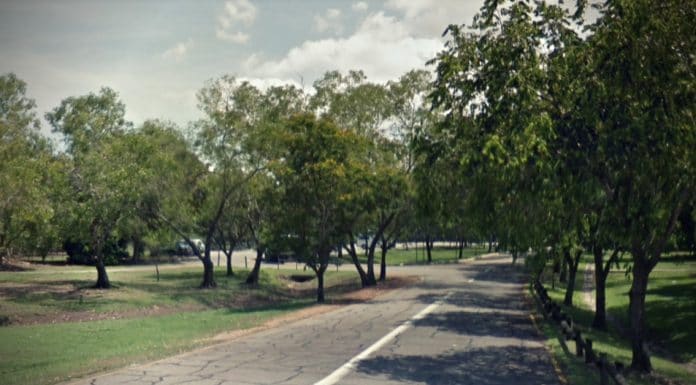 I’m not racist, I have an Aboriginal friend: Pauline Hanson’s lone Blackfulla