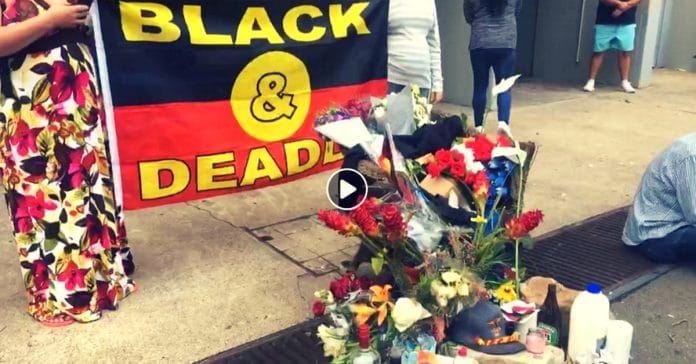 A new year has arrived and Indigenous deaths in custody continue around Australia. In the last week there have been two separate deaths in Sydney and Townsville.

Indigenous communities in Sydney and Townsville have been rocked by two separate deaths in custody this week. Information about both incidents is very limited at the moment as investigations are still underway.

A protest rally was held in the Waterloo/Redfern districts on Sunday after the death of a 31 year old Aboriginal man who fell from a 13th story balcony. The incident occurred during a police raid on a George st apartment as it is believed he had a warrant out for his arrest.

Meanwhile in Townsville, another Indigenous man passed away after being taken into police custody in the early hours of Saturday morning. The details around this incident are very limited with police only revealing times and locations in the interview below.

A man has died in Townsville Hospital after being taken into police custody.Details: https://yhoo.it/2EeowdCReport on 7 News at 6pm. #7News

Both incidents will be investigated by the police which in itself is a major cause of frustration among Indigenous communities as after many highly suspicious Indigenous deaths in custody, not one police or correctional worker has spent time behind bars.

Both Townsville and Sydney were recently ranked in the Top 10 Racist towns and cities in Australia. Could racism be influencing police brutality and a lack of respect for Indigenous lives in these places? 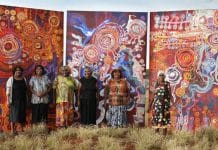