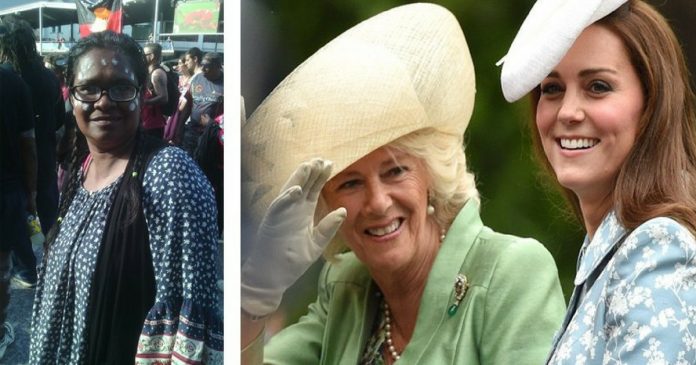 An Indigenous woman from the Torres Strait islands in Australia has found herself at the centre of an investigation that could see her sitting second in line to the Royal throne.

Dr Elvianna Dorante-Day (PhD Public Health) is of both Aboriginal and Torres Strait Islander descent. She is married to Simon Charles Dorante-Day who has long claimed to be the son of Prince Charles and Camilla Parker Bowles. Simon believes that he was secretly born out of the spotlight after Camilla fell pregnant in a relationship that had no approval from the royal family.

You might be thinking this is some crazy claim, but after countless reports and investigations, no one has been able to prove against his claims. Much has been written about the sudden separation of Charles and Camilla around the time of Simon’s birth in the UK and how his birth certificate indicates he was born in a hospital that did not deliver babies. Simon is now demanding for the most conclusive investigation to happen. He wants to have a DNA test to prove his claims to the world. Lawyers believe that Queensland laws could allow Simon to force Charles and Camilla to undergo DNA testing.

They will both be in Australia next year for the Commonwealth games and Simon hopes that the test can take place during that time.

In the meantime, we can’t stop thinking of how his wife, Dr Elvianna Dorante-Day (PhD Public Health) who is of both Aboriginal and Torres Strait Islander descent, could technically end up being 2nd in-line to the Royal Throne. Forget about America’s first black President, we could have our very own black Queen at home in Queensland. What would she do as Queen? You can imagine why the Royal family are still trying to keep secret about a birth that happened over 50 years ago.

If the claims are proven to be correct and the truth gets out, we could be in for a Royal popcorn fest watching how it all un-folds. We will of course be supporting our future black Queen all the way to the throne. She would have the power to declare Indigenous sovereignty in Australia and demand the withdrawal of the settler government from Australia.