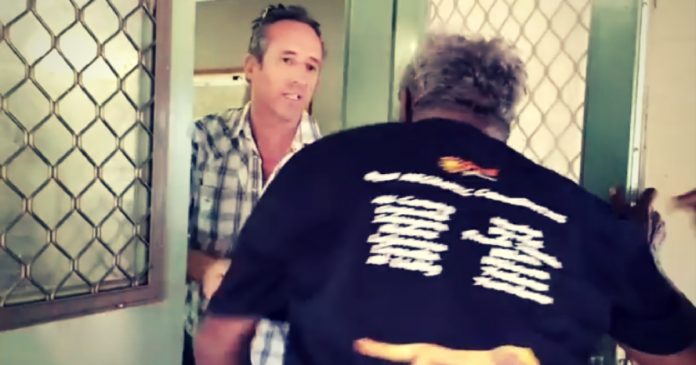 Elders in Yuendumu have made serious allegations that the Central Land Council is holding secret meetings to approve gas pipelines.

The Warlpiri Land Trust members met with the Central Land Council in November where they rejected proposals for a gas pipeline to power the Granites gold mine expansion. One of the main reasons behind the objection was the way in which the meeting took place. During this meeting it is alleged that the Central Land Council tried to push for access contracts to be signed without a consideration period. The proposals were rejected and leaders were told there would be no further meetings until march 2018.

However on December 7 a surprise meeting was held by the Central Land Council who allegedly hand picked attendees without the knowledge of all stakeholders. The following video has been posted online by senior Warlpiri man, Ned Hargraves. The video appears to show CLC personnel trying to deny elders access to the meeting.

MEDIA RELEASE – FROM WARLPIRI LAND TRUST AND COMMUNITY NT. PLEASE SHARE.The following video that shows violent and disrespectful treatment against me by the Central Land Council after I was refused entry to a secret meeting CLC were holding about the Tanami gas pipeline. We have all put up with this kind of treatment for too long.We will no longer tolerate bullying and disrespect from the CLC. This is our land. We have had enough.When we say no we mean no.Members of the Warlpiri Land Trust are calling for Federal Indigenous affairs minister Nigel Scullion to place an injunction on the CLC from holding any further meetings with Traditional Owners and community members until invited to do so and an investigation into the conduct of the CLC in this process has taken place. They also call on Central Land Council boss David Ross to meet with them to resolve the matter and allow Traditional Owners to move forward on management on traditional lands without interference.(See full Press Release in this image gallery)

The video is already receiving a lot of attention and highlights a common complaint from Indigenous groups right across Australia of how stand-over and divisive tactics are used to pressure Indigenous groups into entering into deals with mining interests. Quite often in cases like this, the very first signature that approves access or exploration can be used later as consent for larger projects.

Elders are not only concerned for their land, they are also shocked by the tactics used by the land councils which are creating divide among community members. They are calling on the Indigenous affairs minister to intervene and stop the CLC from holding any further meetings until they are invited to do so and after investigations have taken place about the recent events.

A full statement on this matter can be read here.