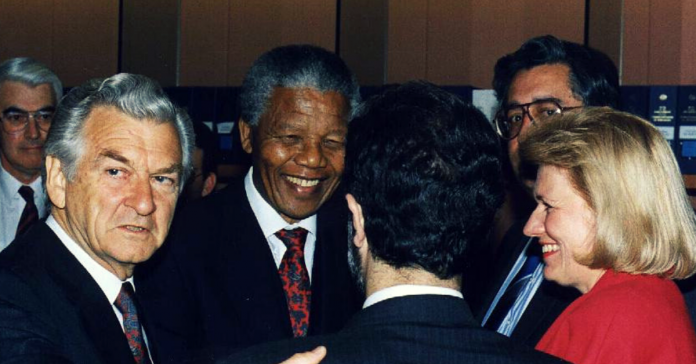 Nelson Mandela is widely remembered as a hero for his people and one of the greatest champions for human rights and equality. However for many Indigenous people in Australia, there is a bitter moment in which Mandela turned his back on Indigenous rights.

It happened back in 1990, when Mandela toured the world in an effort to gain greater international pressure towards ending Apartheid in South Africa. During this time, prominent Indigenous activists such as Gary Foley & Michael Mansell called on Mandela to use his influence to shine an international spotlight on issues faced by Indigenous people in Australia.

As shown in this TV interview from 1990, there was a bitter feeling of betrayal after Indigenous activists who had been long time supporters of the ANC, suddenly learned that their support would not be returned by the Deputy leader Nelson Mandela, who instead chose to connect with members of an Australian government, some of whom had previously labelled the ANC as a terrorist or communist organisation.

The activists were not expecting much and Gary Foley has since stated that the simple act of meeting with activists or visiting a community would have been enough. Despite what happened in 1990, Both Mansell & Foley still only view this moment as a small blemish in the story of one of the most influential people in recent history.