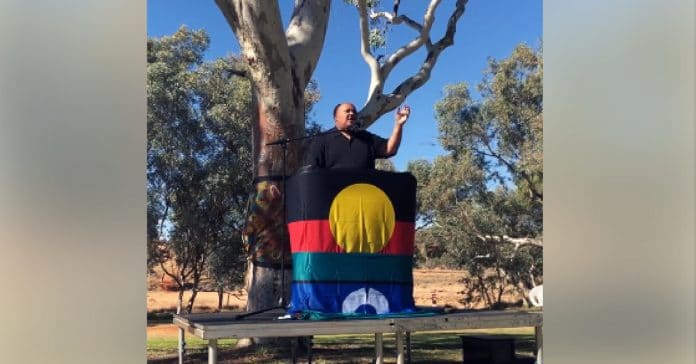 Martin Luther King III has slammed Australia’s lack of progress towards the treatment of Indigenous people during a speech in Alice Springs this week.

In news that you won’t hear on Australia’s mainstream media, Martin Luther King III was in Alice Springs this week as part of Reconciliation Week activities organised by Igniting change organisation and Children’s Ground which is the same charity that helped Pat Cash become an outspoken Indigenous rights advocate. He made several powerful speeches in which he criticised Australia’s treatment of Indigenous people.

It had been 20 years since Luther King III was last in Australia and he is shocked that the treatment of Indigenous people has become worse since the last time he was in Australia 20 years ago. During his time in the region King was taken to the Whitegate town camp which has had no water or electricity supply for several years.

King used his time to remind all Australians to be the best they can be in order to become a truly great nation. This includes treating all people with dignity, love and respect.

King was very concerned to learn about the Whitegate community as well as the many other problems facing Aboriginal communities in Australia such as some of the highest imprisonment rates in the world. He questioned why there is a desire to re-oppress people who are already oppressed in Australia.

Welcome to Country is an independent Indigenous news/media website. We publish news that is often overlooked or ignore by Australia’s agenda driven mainstream media.