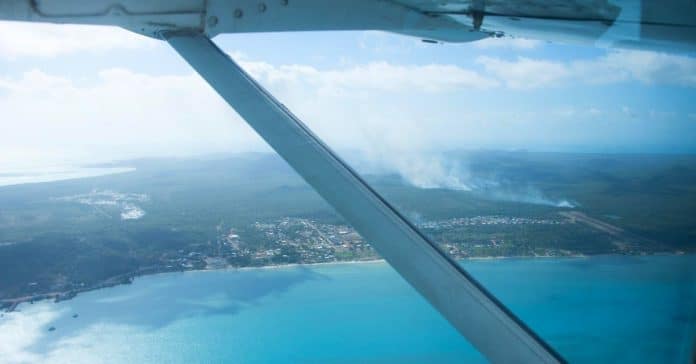 After weeks of news surrounding the Royal visit of Harry & Meghan, the Australian media has gone silent over a visit to the Torres Strait by Monaco’s Crown Prince.

Prince Albert II is currently visiting Badu Island in the Torres Strait where he plans to live as a local for a number of days. He is there by invitation from local Badu Island artist, Alick Tipoti, who met the Prince back in 2016 during the Taba Naba – Australia, Oceania, Arts of the sea people exhibition at the Oceanographic Museum of Monaco.

The Prince’s agenda includes getting familiar with Badu islander life. He will be staying in local accommodation and getting familiar with island kai-kai/food. He also plans to get out on the water in traditional canoes in the search of Dugongs & Sea Turtles. He hopes to test his free-diving skills against the locals as well.

At the heart of his visit will be his commitment to protecting the environment. His great grandfather’s first passion was the ocean to which he dedicated most of his life studying. That passion for the environment continued on through the family and the current Prince made a promise to himself as a teenager to take a stand for change if he didn’t see any progress later on in his life.

Monaco has a number of environmental initiatives including a rooftop gardening movement, incentives for electric vehicle purchases, roads with in-built solar panels and importing clean wind generated electricity from France. This is all part of their 2050 plan to become carbon neutral. However Monaco is a tiny nation and the Prince knows the rest of the world needs to be showing more action when it come to the environment. That is why he is collaborating with a number of projects in various countries around the world.

Following his trip to the Torres Strait, the Prince will be heading to Townsville, where he will co-chair the upcoming International Coral Reef Initiative meeting. This is all part of the Prince’s personal commitment to the environment while shining a spotlight on Monaco as an example for the world to follow when it comes to creating a sustainable future.

But it seems this work isn’t worthy of any exposure by the Australian media. We are seeing once again how aligned the media is with the Australian government who don’t appear to show any serious concern for the environment. We’ll be watching to see if any news reports come out in the next few days. If not we will keep you updated once the Prince’s own media team release an update about the visit.

Welcome to country is an independent Indigenous news/media website. We have a knack for finding stories that aren’t being told by Australia’s mainstream media.