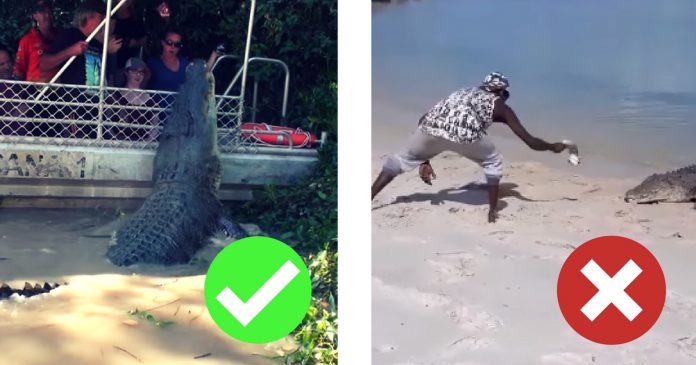 The media have once again exposed their racist attitudes by criticising an Indigenous man for doing something that white people do everyday.

We all know the dangers that surround crocodiles. But why is it that non-Indigenous tour operators, tourists and zoo keepers across Australia can feed and play with crocodiles in close proximity without prompting a media backlash and warnings over their actions.

The national and international media have picked up on the video of a Yolngu man feeding a crocodile on a beach in Bawaka. This has been happening without incident for many years. The feeding is also one of the highlights for tourists who visit Bawaka homelands. You can find numerous videos online of Nike the crocodile.

So why is it that the media comes out and slams these actions that occur elsewhere in Australia? Aren’t the croc tours that run out of Darwin even more dangerous? Crocs jump up out of the water within reaching distance of their small aluminium tour boats. How easy would it be for a careless tourist to have their arm hanging out taken by a croc? Look at the video below. What if a second croc approached from the other side while everyone is distracted by the first croc. What about the zoo keepers who do the exact same thing for the entertainment of tourists everyday? A croc in captivity is no less dangerous than a croc in the wild.

Just because the Yolngu man in the videos is not wearing a uniform or shoes doesn’t make him unskilled at what he is doing. Just like the zookeepers, this is something that he has years of experience with and his incident free record speaks for itself.

If you’re sick of the media and their negative approach when it comes to Indigenous people, help us fight back by sharing this article. 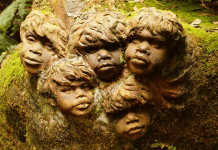