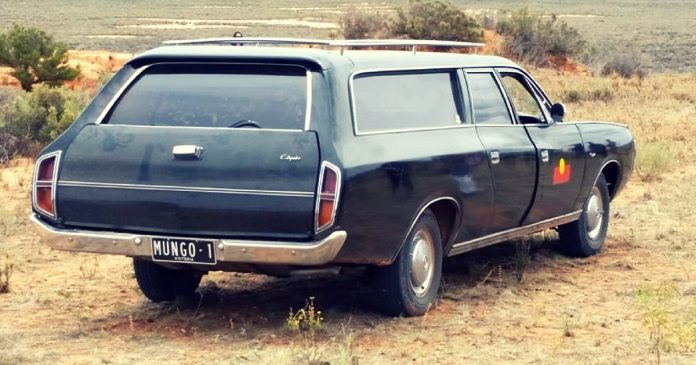 Thanks to Australia’s media, the repatriation of the oldest known human remains in this country went largely unnoticed this week.

One can only imagine the media frenzy that would occur over the repatriation of an unknown soldier from WW1 or WW2. You would see family interviews, television specials and honours from the government and the defence force. But last week much of this kind of attention was lacking from Australian television screens.

There was some attention coming from the ABC, SBS and in print media but strangely the mainstream media networks in Australia did not think this momentous occasion deserved much airtime across their national networks.

The oldest human remains on earth heading home for repatriation – something to be proud of Australia; no no main stream media? @IndigenousX

Mungo Man was a turning point for the world in understanding just how long Indigenous people have been in Australia. His discovery doubled the estimated time from 20,000 years to over 45,000 years. Other more recent discoveries are now suggesting that our people have walked these lands for beyond 65,000 years.

Mungo Man is also believed to have lived for over 50 years which is quite a long time from a period so long ago. Did you know that measurements of his bones suggest that Mungo Man was almost 2 metres tall at around 6ft 5 inches.

This is all quite impressive don’t you think?

So why is the media failing to celebrate such a momentous event?