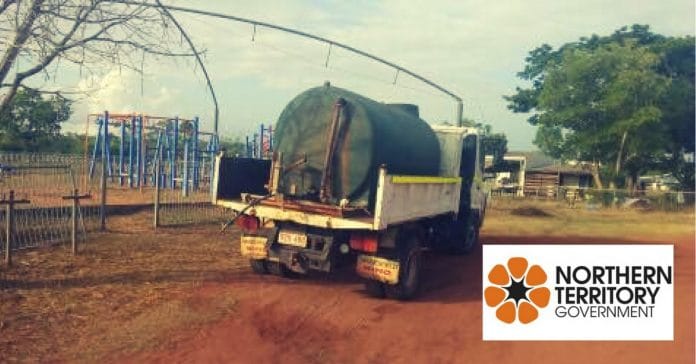 An Aboriginal community that sits 70 km down stream from one of the worlds largest lead, zinc and silver mines has been told to their water is contaminated with lead.

Borooloola residents are in a state of shock this week after the NT government posted notices in the community which instruct residents not to drink water in the Garawa communities of Borooloola. Incredibly, these notices state that water with elevated levels of lead and manganese is unlikely to cause health problems in the short term.

You would think that a township that is not allowed to drink water would be making national headlines but unsurprisingly to us, there has only been one news report about this by the ABC. That report stated that the local community is not jumping to conclusions about the source of the lead poisoning. However reports on the ground suggest otherwise, with a recent post on social media from a local Elder pointing the finger directly at the mines.

If elevated levels of lead are found in the water just 70km away from one of the worlds largest lead mines, it shouldn’t take a rocket scientist to figure out where the problem is coming from. Lead poisoning can occur from pipes, however this is not the first time that the McArthur River Mine has been at the centre of lead contamination issues.

In 2014 residents learned that cattle and fish had been contaminated with lead in the region and that is when fears for their community became very real. It took almost 12 months before this news was formally announced in 2015. Residents are now demanding that blood tests be made to reassure them that damage has not already been done.

This news comes just days after the NT government announced they would be lifting bans on Fracking in the NT. The McArthur Mine is also currently in the process of applying to expand the mine.

Update: The NT department of health has confirmed that the bore water that supplies the affected areas are not the source of elevated levels of lead or manganese. Further testing of pipes are currently underway and results are expected back by next week.