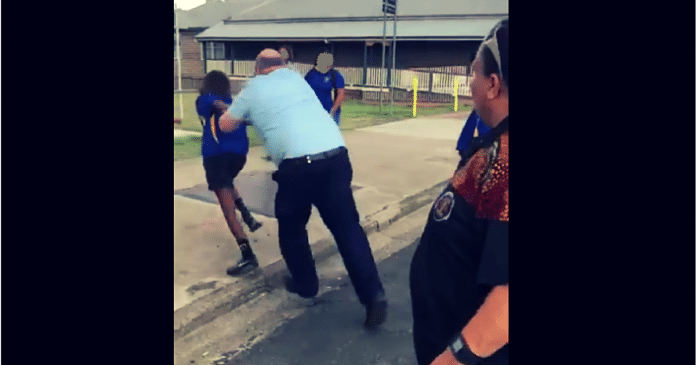 Even after Queensland police have referred the incident to their ethical standards command, people are defending the actions of the officer.

Many people quickly pointed out that the officer was way out of line. Even the Queensland police service have referred the case to the ethical standards command. Some people have tried to give advice on the best way to handle the situation. Reasonable suggestions include letting the Indigenous police liaison officer do his job, not shouting over each other or even just walking away. Many people made mention of how the other officers did not want to become part of what the senior officer was doing. This suggests that they knew he was not following correct procedures.

However there is always that one section of society who see things differently and have come out publicly to defend the officer. The video has now been shared on major Indigenous Facebook pages like Blackfulla Revolution as well as mainstream news pages such as 9 news and some of the responses to the video point towards hatred and a clear lack of understanding.

Another more disturbing case that caught our attention was a comment about an incident where police allegedly charged a 7 year old Indigenous boy on horseback.

It is clear that we need more people filming interactions with police. This can help shame those who think they can act the way they have done in years gone by. The footage can also be used as lessons in what not to do by the police.

Welcome to Country is an independent Indigenous news/media website. We are free from government or corporate manipulation. Follow us on social media to make sure you never miss stories like this again.