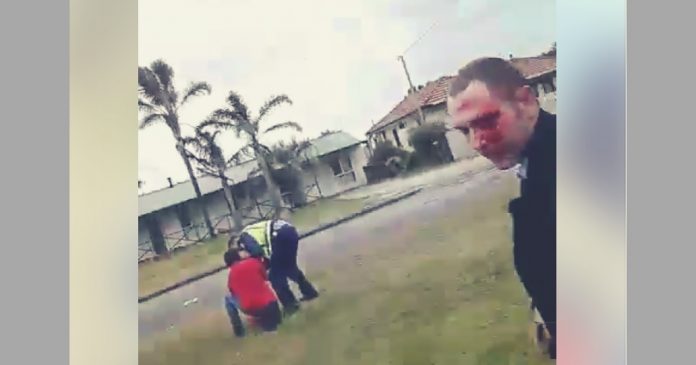 Viral video has emerged from Albany in W.A where police were seen using heavy handed tactics in response to a neighbourhood complaint.

According to conversation in the video, the police were investigating reports of Aboriginal residents who were in possession of an axe. Other people have said police were following up on a noise complaint from the night before. Either way, nothing in the video suggests that the use of excessive force was needed. This looks to be a textbook example of exactly what not to do.

The video above was originally on Facebook and was viewed over 200,000 times before being removed. Now the only footage you can see of the incident on Facebook is a carefully edited video by 9 news that does not show the police refusing to communicate before with the mother before entering the house. This a perfect example of how the media can manipulate stories.

VISION OF A VIOLENT CLASH WITH POLICEWe have disturbing footage of a violent clash that left three policemen injured. One officer was hit in the back of the head with an axe handle, another in the face with a full can of beer.