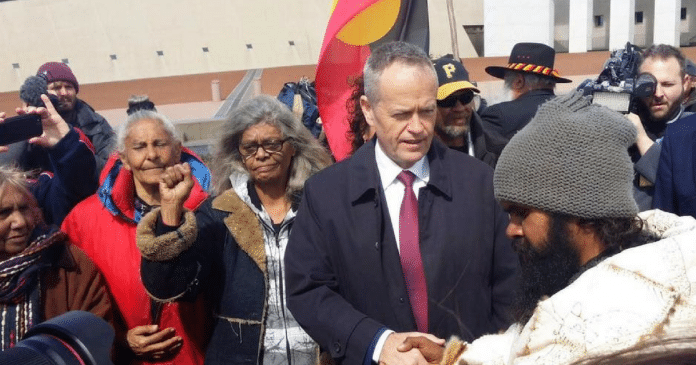 Today the Walk for Justice met up with Politicians in Canberra.

Politicians and mainstream media used the day to show off token images of handshakes and smiles. But in reality these politicians were left red faced and speechless when confronted with the truths of how the government has failed Aboriginal people generation after generation to this very day. These truths exposed incompetence, deception and corruption that has been happening under their so called leadership. These truths were spoken by Roxley Foley as he read out the demands of the Walk for Justice Campaign.

The demands form part of a road-map to Treaty, which will become a lot closer to reality when Indigenous leaders converge from around Australia on November 4th at the Aboriginal tent embassy. Foley also urged the government to fund this gathering as a show of good faith from the government to prove they are serious about respecting our rights as sovereign people.

Watch the full video below: