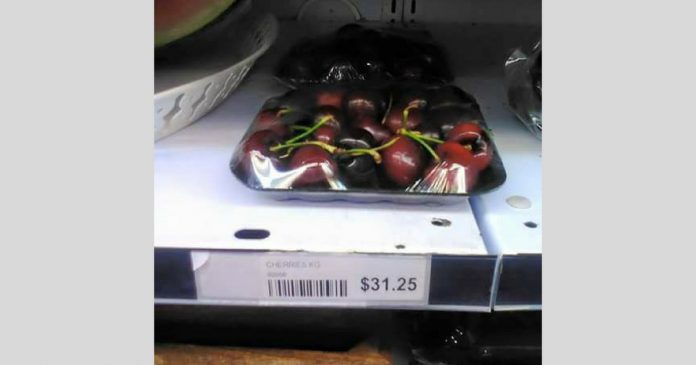 The price of food in remote Aboriginal communities has once again caused a storm on social media this week.

The latest price shock has come from the familiar town of Wiluna in Western Australia. This is the same community that was at the centre of a similar social media storm back in 2015 when it was discovered the community store was selling 3L bottles of milk for almost $10AUD.

The most recent outrage is over the price of cherries which were being sold for over $30AUD per kilo in the remote community store. Many online commentators have compared prices around Australia and the prices elsewhere range from $5-$20 per kilo.

The original post questioned why the price was so high as she was sure that these prices are not reflected in other remote towns such as Newman and Hedland which also face the issue of higher prices due to transport costs.

Let us know what you think in the comments. Are the residents of Wiluna getting a raw deal? What can we do to solve the problem. Have you seen similar prices in other communities? Send them in to us and we can share what’s happening to the rest of Australia.

In 2015 there was talk of supporting communities with small volunteer groups. This has been happening on a very small scale but we would love to see it become more widespread. Imagine if the majority of schools or sporting clubs each chose one remote Aboriginal community to support.