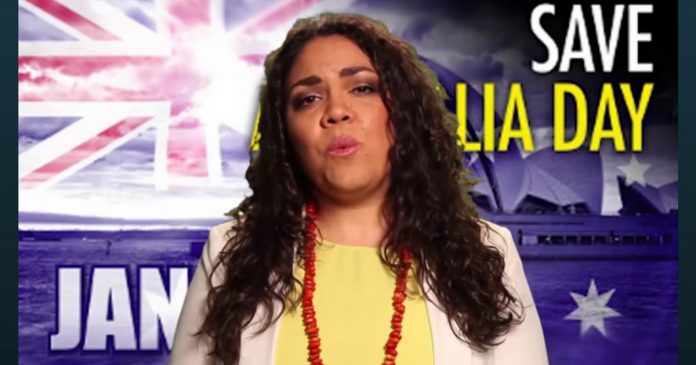 Mark Latham has gone ‘all out’ to elevate his (SAD) campaign to new levels by calling on the support of a token Aboriginal woman.

Latham has been running this campaign without receiving much attention at all for almost a year. But it appears Latham feels he has just revealed the Ace of spades by featuring an ex Aboriginal rapper turned Alice Springs Councillor to defend Australia Day. But many of us feel he has just dug himself a deeper hole. Watch for yourself if you can.

The video looks like it was made with a budget of around $7.50 and the only attention it’s receiving is criticism of how SAD his SAD campaign really is. Latham doesn’t seem to be aware of much these days. In September, Latham was slammed for questioning who Dr. G Yunupingu was and his importance during the middle of the late singers public memorial service.

Does he realise that his new Aboriginal poster girl has very few Indigenous supporters? Already there are numerous Aboriginal women across the country who have criticised Jacinta for serving her own interests at the expense of every Aboriginal person in this country that feels that it is sickening for Australia to celebrate on a day that marks the beginning of invasion, dispossession and an attempted genocide of our people.

Jacinta’s argument is completely unrelated to the issue. She talks about fixing Aboriginal problems in Australia when she is a Councillor of a town described by locals as a warzone. Racial tension is so high in her town that tourists have been warned not to visit there. The key to ending racial tension is finding respect and breaking down disrespectful symbolism like Australia Day. This can lead to greater truth, understanding and respect in this country.

Latham feels that once Australia Day falls, it will lead to more symbols falling. We totally agree with him on that. Australia Day is one of the many disrespectful ‘Australian Values’ that only serve as a slap in the face for Indigenous people. We want Australia Day gone. Lets not forget the racially charged anthem, the dual citizen flag and the constitution that was born out of the ‘White Australia’ days either.

It’s time for the original values of this land to be promoted and respected. That is in the long term interests of all people in this country.