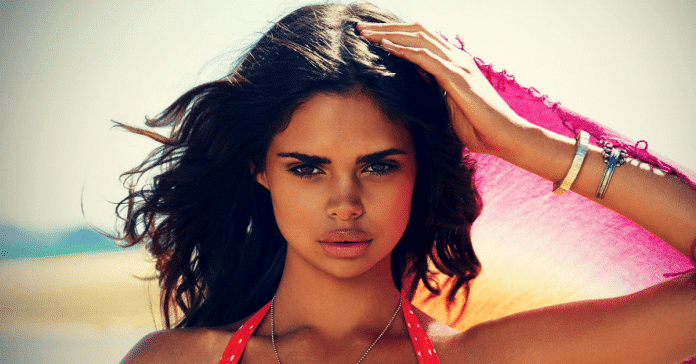 In what we hope is a sign of changing times in Australia, Tourism North Queensland has moved forward and chosen Samantha Harris as the face of their latest “Feel Grounded” tourism campaign.

The campaign is a domestic campaign which aims to target Australian’s with the hope of increasing the number of visitors to the region which has been associated with the impact of cyclones, floods and fires over recent years.

The feel grounded campaign aims to focus on getting away from the stresses in life and it would be hard to disagree that North Queensland is one of the best places to do just that. What makes Harris’ selection even more special is that this campaign is not an Indigenous specific tourism campaign and it’s the first time we’ve seen an Aboriginal person as the face of an Australian tourism campaign since Ernie Dingo almost 20 years ago.

As part of her work for the campaign, Harris visited some of the most popular and some of the most remote scenic locations across North Queensland. The domestic market is the regions biggest market and following this move, we would like to encourage anyone who is planning a holiday this year, to make sure it is somewhere between Cardwell & the Torres Strait in North Queensland.

Tourism North Queensland have made what many other companies, governments, media organisations are scared to do. So lets show them all that being inclusive towards Aboriginal people pays in more ways than one.

You can start right now by helping us make this article go viral.