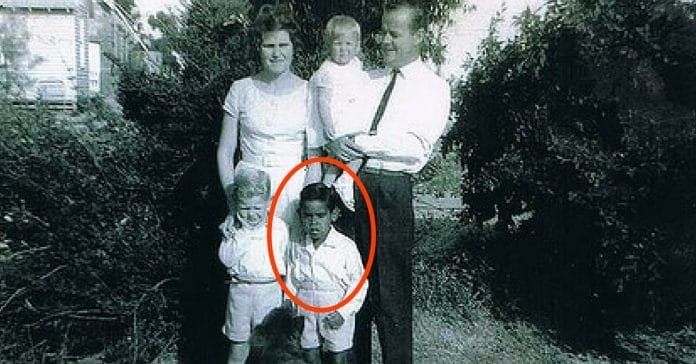 Australia appears to be turning a blind eye to a very sad case that dates back to the Stolen Generations era.

Russell Moore was stolen at birth from his mother Beverley Moore Whyman during the Stolen Generations era. He was taken into a white family who worked for the Salvation Army. This family (whose family name is Savage) eventually moved to the United States together with Russell Moore when he was 7.

Beverley's son Russell Moore was stolen from her at birth, and she has been fighting for her son to be returned home ever since. Russell was adopted by a Salvation Army missionary couple and renamed James Hudson Savage. He was then taken to America by his adoptive parents when he was 6 years old. When he was a teenager, his adoptive family went back to Australia and abandoned him in America. By 1989, James Hudson Savage was convicted of murder and sentenced to die in the Electric Chair. It was during the appeal that it was revealed that Russell Moore was part of Australia's Stolen Generation of Aboriginal people. The Australian govt fought to take away his death sentence and it was replaced with a 25 year sentence. That was 26 years ago and now Beverley says her son has been forgotten and left to fend for himself in a state prison in Florida, USA.. The federal government has never contacted her to talk about his release. Suffering from chronic health problems, Beverley wants her son to come back home to Australia, and she is afraid she will die before he is released. Lets put some pressure on by #Sharing this and by asking the prison authorities why he has not yet been released. Email: publicaffairs@fcor.state.fl.usIt is also possible to send money to him on this link: http://www.jpay.com/ (Just enter his state name: FLORIDA & his Prison ID: 083475

Russell was never made aware of his true family even though his skin is visibly much darker than the Savage family. He was also raised by the name James Hudson Savage. By age 15 Russell was institutionalised in a reform school which is America’s version of a youth detention centre. A few years after that, the Savage family returned to Australia without Russell Moore which resulted in him living homeless for many years during his 20’s.

It was in this period that Russell was in and out of jail for drug and alcohol related crimes. By 1989, Russell Moore was facing the prospect of being sentenced to death after being convicted of murder. During his case, Moore was spared the death penalty to serve his life sentence in prison. It was at this time in 1990 that Russell was able to first meet his mother who was flown over to the U.S to meet him by Indigenous supporters who helped raise money for her.

In recent years his mother continued campaigning for Moore to be returned home to finish his life sentence of 25 years. That time has now passed and sadly Russell’s mother Beverley has passed away while her son remains locked up in a Florida prison. The question now has to be asked… Why is he still locked up? Who is fighting to bring Russell back home to heal on his country? He has done his time. Now it is time for the Australian government to step up and do the very least they can do by bringing him home.

It’s time for a campaign to bring Russell Moore back home. Let’s do everything we can to raise awareness about his case. Share this story, ask your local politicians and community leaders etc. All we need is a little bit of public pressure to make this happen. In 2007 while Moore was still yet to finish his 25 year sentence, a request to transfer him to Australia was rejected, however with the rejection came an invitation to reapply in 3 years. Now his sentence is finished, he is eligible for parole, all Russell needs is a bit of solidarity. He is 55, lets give him one last chance at life.