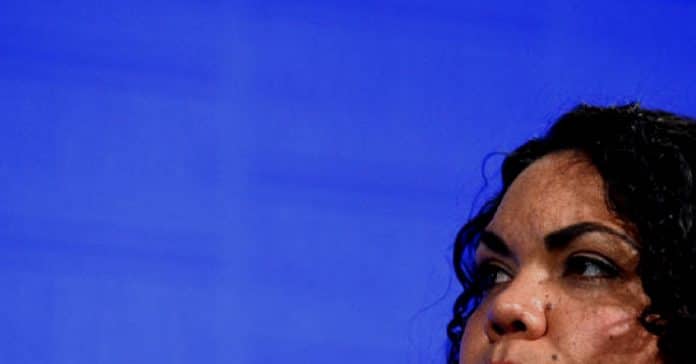 Jacinta Price is often in headlines that surround Aboriginal issues and topics. Many non-Indigenous Australians love to hear her opinions. However, with a little more background knowledge, you will start to understand why many Indigenous people cringe when her name is mentioned.

Jacinta Price’s stance on Australia Day won her many non-Indigenous fans since her first Facebook rant on the issue in January 2017. It looks like a road is now being paved for her to be pushed into Federal politics. But is it a wise move for people who admire her stance to throw their full support behind someone who’s biggest achievement was a Facebook post?

Here are 10 things you need to know about Jacinta Price.

Well those are just 10 things you need to know about Jacinta Price. Would you like to add to this list? We haven’t even mentioned her illogical stance on the Cashless welfare card or her views about mining. Let us know your thoughts in the comments below.

Update: Jacinta’s response to this article… “Welcome to Country is Fake News”. Nice response to an opinion piece Jacinta… I wonder which right wing political leader you got that line from?

Welcome to Country is an independent Indigenous news media website. We publish news and articles which represent stories and views that are often ignored by Australia’s mainstream media.