History will be made on January 26 this year after former Indigenous MP, Lidia Thorpe, called for a public dawn service to be held on Invasion Day.

The remembrance service will be held in Naarm (Melbourne) at Kings Domain Resting Place at 5:30 am.

While a number of private dawn services have been held before, this will go down in history as the first large scale public dawn service held on Australia Day / Invasion Day.

Thousands are expected to become part of history and attend the event. Thorpe says the service is to commemorate Sovereign First Peoples who fought in the frontier wars and those who died in widespread massacres that occurred across Australia during colonisation which began on January 26, 1788.

As you can see in the Facebook post above, the event was first shared last Saturday however we are yet to see any mention of it in the mainstream media.

Here at Welcome to Country, we recognise just how important and symbolic this event will be, which is why we are writing this article.

The service is a respectful way of reminding everyone in Australia that January 26 cannot continue to be seen as a day of celebration. As mentioned in the event banner, the dawn service is held in solidarity with the Invasion Day Rally which starts at 10:30am outside of the Victorian Parliament. This rally which has been growing towards 100,000 strong in recent years, is organised by the Warriors of the Aboriginal Resistance.

If you’re in or around Naarm (Melbourne), share this with your friends and family and make sure you’re are a part of history on January 26. Don’t forget to share this article since the mainstream media are doing their best to suppress this powerful and symbolic action.

Lest We Forget: Australia’s brutal treatment of Aboriginal people 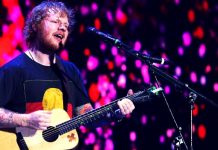