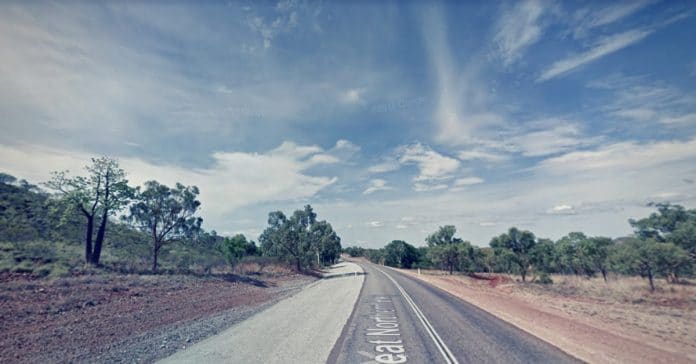 This week we were contacted by a Western Australian woman who wanted to share a shocking story that remains fresh in her memory after more than 30 years.

The woman who now lives in Fremantle recounts the story from her time traveling around the North of Western Australia. She had just arrived in Kununurra after spending time enjoying the beautiful gorges and waterfalls on the famous Gibb River road. After what she described as a very rough trip, she was overjoyed to reach a pub in Kununurra mainly because it was air-conditioned.

As she entered the almost empty pub, she noticed a truck driver who was in tears. She sat down and asked the truck driver what was wrong. The driver was still coming to terms with what had happened and he confessed what took place earlier that day.

The driver said he killed someone with his truck around 200 kilometers south of Kununurra. He went on to explain that the man he hit must have been trying to hitch a ride but was on a bend and the driver didn’t see him until it was too late. As he began to stop, he saw several more family members coming out from the bush. The driver felt it was unsafe to get out so he drove off, leaving the family behind on the road.

The driver said he was able to contact a policeman by radio at the time, but the policeman said, “Just a coon was it?”, to which the driver replied, “yeah, but he’s dead”. The policeman then responded by saying, “don’t worry, just call in to the next police station”. When the driver arrived in Kununurra later that morning he was expecting to be locked up while everything was investigated however the police laughed at him and told him he could go out because, “it was just a coon”. Later that day, the driver was still in tears and trying to comprehend what happened when he met the young woman.

The woman who contacted us is hoping that by telling this story, someone might remember the incident which is believed to have happened near the community of Warmun which is around 200km south of Kununurra. The woman believes the incident occurred around 1985 or 1986.

We feel it is very important that these stories become known to the wider Australian public as well as people around the world. We have heard many similar stories from around Australia and would encourage anyone else who wants to come forward so we can document these cases. We often hear people say that shocking injustices haven’t occurred in our lifetimes but accounts such as this one prove otherwise.

Welcome to country is an independent Indigenous news/media website. We publish stories that are often ignored by Australia’s mainstream media.