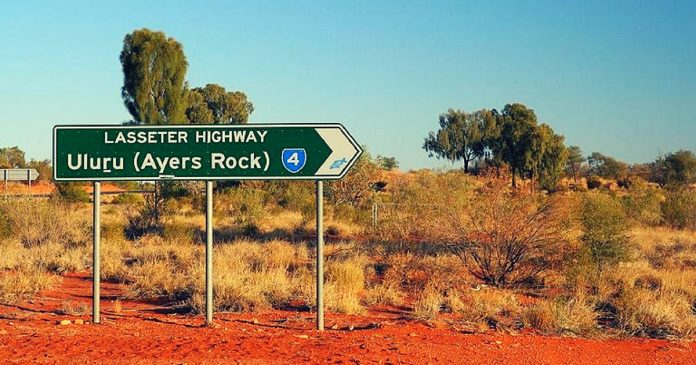 After reassessment of the decision to ban climbing on Uluru, Elders have now decided to keep the climb open indefinitely.

Amazingly the reason to keep the climb open was one of the main reasons the climb was initially closed. After assessing the reaction of the Australian public, Elders have new fears that are starting to threaten the sacred landmark.

Ever since news of the closure was announced, there has been an unprecedented amount of flooding in the region. Scientists have confirmed that the flood waters are in fact tears flowing from around 60% of Australia’s non-Indigenous population. Indigenous Elders also ‘shed tears’ after hearing a whitefullas admission that climbing Ayers rock was a tradition in his family that could be traced back 2 generations.

The tears were not a concern during the first few days after the decision. However the tears became torrential after fire destroyed the replica Uluru/Ayers rock petrol station in NSW which was also home to Australia’s only dedicated Golliwog shop.

The sheer amount of salty tears is causing a great imbalance across central Australia. Not only is the flooding a danger, the salt content is so severe, it has the potential to destroy the area completely.

The Elders will also be erecting new and exclusive ‘Ayers rock’ signage at the base of the climb for those ‘special Australians’ who love to reminisce on days gone by. This decision was made after the reaction to the climb closure included many comments by people who are still salty about the official name changes from Ayers rock / Uluru in 1992 to Uluru / Ayers rock in 2002.

In a final move, the Elders announced that climbers will receive a ‘special souvenir’ after completing the climb. Each climber will be given their very own piece of the rock to take home. This will only be made available to those who choose to climb. The Elders have nick-named these souvenirs, ‘boomerang rocks’, which they say will bring ‘luck’ to the climbers and eventually bring them back to Uluru again with a new found respect.

Well if you made it this far, you should know this article is 98% gammon. This is a satire piece. There has been no change to the Uluru climb decision. Any tears that are collected will simply be bottled for our own refreshment.

So cheers to salty tears!

If you enjoyed this satire story, you might be excited to know that Pat Dodson is planning to form his own Indigenous militia group.