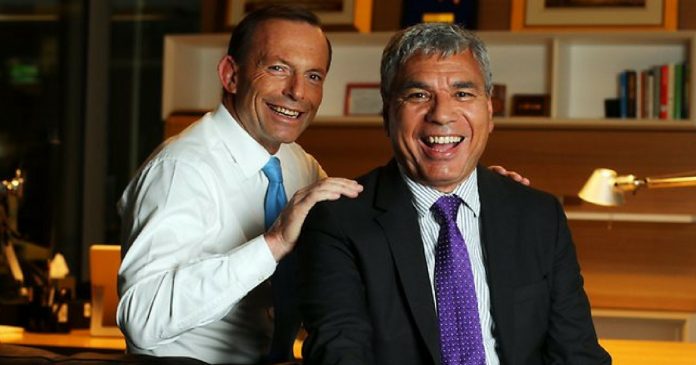 Warren Mundine felt disgusted after learning that he was labelled as a token Aboriginal after appearing on the ABC’s Q&A program.

The comments came from former Independent MP, Tony Windsor. He was surprised by Mr Mundine’s support for the controversial Adani Mine. Mundine voiced his support for the project as it will support job creation in regional areas.

The criticism was made on Twitter where Mr Windsor tweeted: “Sad to watch Warren Mundine raise the issue of token aborigines when has made himself into a token aborigine as a means of making a living and the media accept him on those terms. I remember a different Warren, not this one.”

The first tweet was then followed up with: “Hasn’t Warren Mundine heard of Fly in Fly out work forces in the mining industry in Qld … does nothing positive for country communities white or black. Don’t become a token miner on the grounds you are trying to help aboriginal ppl, they never do and you know that.”

Warren hit back at these comments by demanding an apology to which Mr Windsor obliged. He also told The Australian that the attack was outrageous. He was shocked that a former politician would use such bigoted language. Mr Mundine took extra offence to the comments about being in the pockets of those people and stated that he is not getting paid a cent by anyone.

Interestingly it’s not the first time Mr. Mundine was labelled as a token Aborigine. Back in 2013, long time Indigenous activist Gary Foley used the same term in his essay on Warren Mundine which he titled “the white sheep of the family.”

We won’t be throwing around any names but we would like to point out a conflict of interest with his stance of supporting Adani. Warren is currently the CEO of Real Futures Indigenous employment agency and is already targeting mining regions in Western Australia.