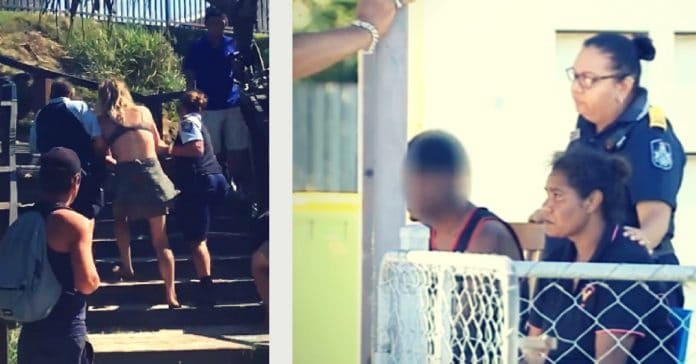 In the past week we have seen an Indigenous man die after being apprehended by police in Townsville and a drunk white woman knocked unconscious by police in Byron Bay.

Can you guess which incident has sparked widespread outrage? In just over 24 hours we have seen nationwide media coverage and protests organised after news emerged of police striking an intoxicated woman who allegedly bit an officer.

Meanwhile in Townsville an Indigenous man lost his life in what appears to be a serious abuse of police power. It is alleged that police spear tackled a 39 year old Aboriginal man who was gesturing to police to leave him alone after they responded to a call from the mans wife who was concerned about his welfare. The man was not under arrest, the police were there to assist the man to go to hospital. A few moments later, the man was dead.

Where is the nationwide media attention over the Indigenous man’s death? So far we have only seen local news reports from Townsville and non mainstream news reports from The Guardian and SBS. You might be thinking the incident in Byron Bay sparked more concern because of other similar incidents recently but there was also a recent Indigenous death in custody in Townsville too, not to mention the disgusting case that occurred on nearby Palm Island.